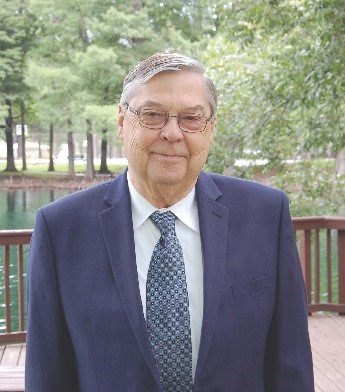 A Memorial Service to celebrate Jim’s life will be held on Saturday, February 5, 2022, at 3:30 p.m. in the Chapel of Wade Family Funeral Home, Arlington, Texas. The Reverend George Newcomb will officiate the service.

Born on June 14, 1946 in Fordyce, Arkansas, he was the son of the late Marie (Franklin) and Hugh Wagnon. He is preceded in death by his parents, his brothers, Clyde, William, Kenneth, Wendell, Nile, and Robert Wagnon, and a sister, Bonnie (Wagnon) Cassil.

Jim’s family moved from Arkansas to Springfield, Oregon, where he attended Thurston schools, and was an alumni of THS, Class of 1964. Upon graduation, Jim attended Oregon State University, and in 1968, earned a Bachelor of Science degree in Civil Engineering. In that same year, he married the love of his life, Teresa, and began his adult life. The next sixteen years, Jim was employed by the City of Eugene and EWEB as Asst. Water Manager, and Partner in Brown, Wagnon and Assoc. Jim enjoyed his time in Eugene, where he gained experience and knowledge in different fields of engineering. This experience would be beneficial in the years to come. In 1984, the family relocated to Arlington, Texas, and Jim went to work for and eventually purchased Graham Associates Inc. Jim worked long and hard for Graham Associates Inc., a move he would never regret. Some of the firm’s projects included AT&T Stadium, The Ballpark in Arlington, State highway projects, Viridian Master Plan Development and other various projects too numerous to count. Jim was well respected in the Engineering field and has been described by other engineers, as “the Engineer’s Engineer!”. He loved his career, and with no plans for retirement, he wanted to continue to work and serve his clients and community.
Jim’s integrity and his kind, generous heart will be his legacy as he lives on through his family, friends, and those he “adopted” along the way. He was greatly loved and will be missed by many.