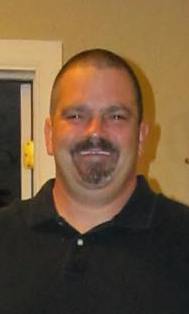 Jesse Frank Rood, 46, passed away on Sunday, June 10, 2018, at his home in Arlington, Texas. He was born in San Bernadino, California, on June 8, 1971. Jesse was the kind of guy everybody loved. Easygoing, would do the world for anyone when asked. I was the D.O. so when I planned any event he was there with a smile on his face. Family was his hobby. Jesse was known by his amazing hugs. He was so affectionate and a day didn't go by that he didn't show it. He was very invested and passionate about anything he was tasked to do. We have always admired him. He will be missed by many people who knew and loved him. Jesse worked as a Maintenance Planner for American Airlines. He was married to Laurie Jean Nehk. Jesse is survived by his loving wife of 14 years, Laurie (Nehk) Rood; father, Don Rood and wife, Karen; mother, Jennifer Williams and husband, David; sons, Jonny Rood and Nathan Rood; daughters, Tamsie Muth and husband Casey and Kaari Rood; brothers, Joe Rood and wife Kelly and Ken Williams and wife Melissa; sister, Cheri Odegaard and husband, Tracey, and two grandchildren, Aria and Mikey. Wade Family Funeral Home 817-274-9233