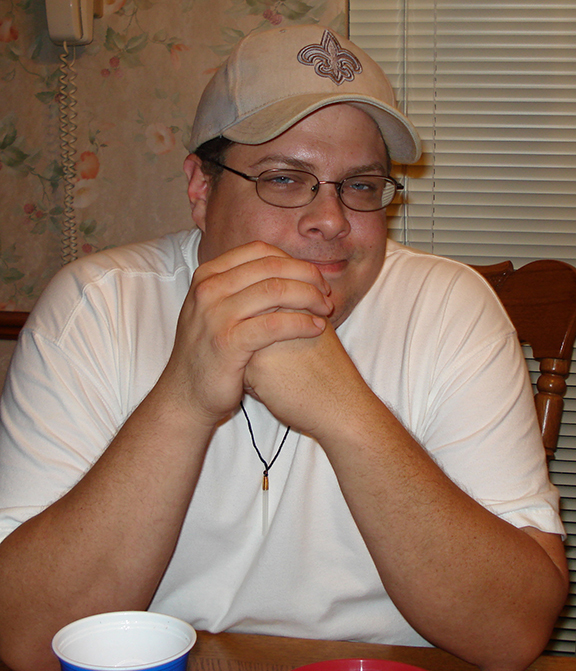 JEFFREY SCOTT FLAIR, SR. MARCH 3, 1976 - November 3, 2020 On Tuesday. November 3rd, Jeffrey Scott Flair Sr., beloved son and father went to be with the Lord. He was 44. He was a native of New Orleans, Louisiana and was a resident of Arlington for the past 28 years. He was a member of Northlake Assembly of God in Covington, Louisiana. He is survived by his parents, John and Darryl Flair, his son, Jeffrey Scott Flair Jr., who was his pride and joy in life, and one brother Jeremy Adam Flair. He is also survived by his partner of two years, Lola Maddox and many Aunts, Uncles and Cousins. He was preceded in death by his loving grandparents, Adam and Betty Helwick of Covington, Louisiana. He graduated with honors from James Martin High School and attended Tarrant County Junior College. He coached Little League Baseball and was a member, with his brother, of several local softball teams. He participated in the Arlington Police Department Ride Along Program and graduated from the Citizen Police Academy in 2002. Jeff was a proud member of the NRA. He was a highly successful store manager of Five Below, Dollar Tree, Party City and Sam's Club stores in the Arlington area. One of his favorite pastimes was playing golf and disc golf. He will always be remembered as a loving and caring man with a gentle soul, and will be sadly missed by his family and many friends. Visitation will be Saturday, November 14, from 1-3 p.m. at Wade Family Funeral Home Chapel, 4140 W. Pioneer Parkway, Arlington, followed by a memorial service held at 3 p.m. at the funeral home. Wade Family Funeral Home (817) 274-9233