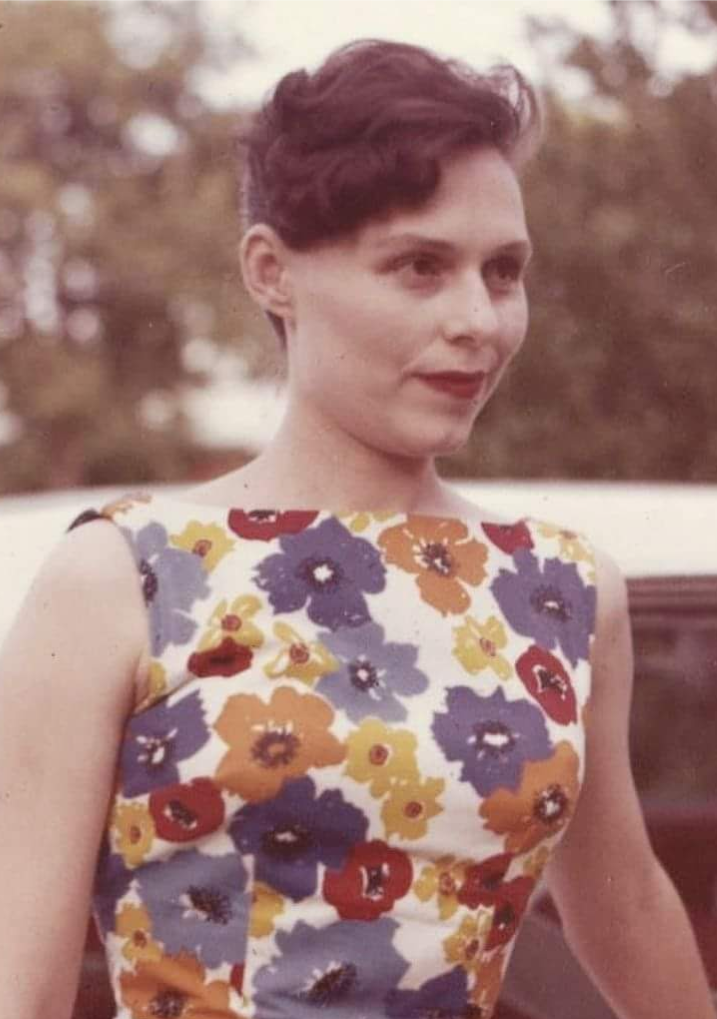 She was born May 27, 1931, in Oklahoma City to Leverett and Louise Edwards. Jamie came from a prominent Oklahoma family, with deep roots in the sooner state. Her maternal grandfather was a successful oil and gas wildcatter, and her other grandfather was chief justice of the Oklahoma Supreme Court. Her father, an attorney, was the chairman of the National Mediation Board.

After graduating from Classen High School in Oklahoma City, Jamie attended the University of Oklahoma. She studied English and law. She was a member of the Kappa Alpha Theta Sorority. Known for her beauty and brains, she was nicknamed “The Duchess” by her sorority sisters.

At OU, she met her husband Charles Murphy and they married on December 21, 1953. His journalism career took them to Dallas and later to Fort Worth, where Charles anchored the nightly news at the local NBC affiliate WBAP-TV. Jamie made many lasting friends there volunteering in local and state politics and advancing the cause of civil rights.

In 1964, the family moved to Washington, D.C., where Charles worked for NBC and later ABC News and Jamie worked as the office manager for Texas Senator Ralph Yarborough. They later moved to Miami. She fell in love with the natural beauty of Florida and would often load up the family station wagon with her children to explore its beaches and state parks.

Because Charles was often away on overseas assignments for weeks or months at a time, Jamie was the sole day-to-day parent for their four children. She accepted that he might be called away at any moment for breaking news. Her family will be forever grateful for her steady, loving presence in their lives.

In 1978, the family moved back to Texas and settled in Arlington where Jamie worked as the Executive Director of the Arlington Meals on Wheels program. She wrote grant proposals, worked with city and local church officials, and even drove all the routes herself when she was short on volunteers. It was important to her that nobody went hungry. After retiring, she continued to volunteer for Meals on Wheels. She also was a faithful member of St. Matthews Methodist Church in Fort Worth.

Jamie was an excellent cook who made every holiday special with her wonderful meals and beautiful table settings. Her other interests were good books, music, decorating, and fashion. She loved cats and had many of them throughout her life. In her childhood, she spent her summers in New Mexico and Colorado, and later recreated those fond memories with her children and grandchildren with annual trips to Santa Fe and Creede, Colorado.

Jamie is predeceased by her parents and her sister Katherine “Trin” Yarborough and survived by her husband of 68 years Charles Murphy of Arlington; daughter Jamie McLeroy and her husband Fred of Austin; son David Murphy and his wife Lowella of Upland, CA; daughter Sarah Murphy of Fort Worth; daughter Meredith Dickenson and her husband Jerry of Dallas; granddaughter Leah McLeroy and her husband Markus Armstrong of Austin; grandson Thomas McLeroy and his wife Jessica of Austin; granddaughter Charlotte Murphy and her partner Martin Falcon of Phoenix; grandson Lloyd Murphy of Hollywood, CA; grandson Clark Murphy of Upland, CA; and great-grandchildren Juliet Morales and Sloan and Crew Falcon, as well as numerous nieces and nephews. The family would like to give special thanks to Jamie’s friend and caregiver Dalia Morales and her husband Victor of Arlington; and to the wonderful staff at Satori Senior Care, who lovingly cared for her during the last years of her life.

A celebration of her life will be Saturday, April 30, 1:30 p.m. at St. Matthew United Methodist Church, 2414 Hitson Lane, Fort Worth. In lieu of flowers the family requests donations to the Alzheimer’s Association or the Breast Cancer Resource Center in Austin, Texas

The family greatly appreciates donations made to these charities in Jamie Edwards Murphy 's name.