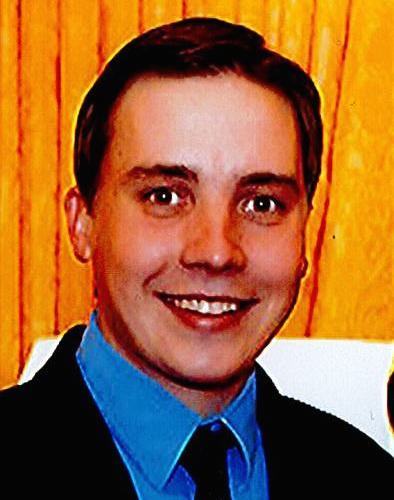 ARLINGTON -- James Clinton McMichael, 27, passed away on Friday, March 20, 2015. Service: A public memorial service and celebration of life will be held for James at The Ballpark in Arlington in Section 33 behind the Rangers' dugout on Saturday, March 28, 2015 at 11:30 a.m. For those who wish to attend, please enter at 1080 Ballpark Way, Arlington, TX, 76011; parking is available in Parking Lot C. Boots welcome. Memorials: In lieu of flowers, a memorial foundation will be established in James' name focusing on research, family services and clinical needs for children with cystic fibrosis. Details pertaining to how to make a donation will be announced in the coming days. For continued updates, please visit www.facebook.com/BreatheJames. Fight 'em until hell freezes over, then fight 'em on the ice. As a true embodiment of the saying, James Clinton McMichael fought, and he fought hard. Although the 27-year-old Texas A&M University graduate remained strong in spirit and mind, his body surrendered after a life-long battle with cystic fibrosis on Friday at 11:35 a.m. Cystic fibrosis, a life-threatening genetic disease that affects the lungs and digestive system, requires extensive treatments and has no cure. Diagnosed as an infant, doctors gave James a life expectancy of only 18 years. Determined to not allow his diagnosis to keep him from living a life well lived, James met every challenge with a smile and a handshake, even from a young age. He was relentless in his efforts to surpass expectations and as a result not only did he reach his 18th birthday, graduating from Nolan Catholic High School in 2005, but he also went on to graduate from Texas A&M University in 2009 with a bachelor's degree in business administration. He later accepted a position with Glazer's Wine Distributor and in 2014 James became a member of the Fort Worth Stock Show Syndicate. Above all else, he believed that being fiercely independent, an Aggie and a FWSSS rookie were his greatest accomplishments. James loved baseball and hockey, his guitar and his dog, and wore his Aggie ring proudly. But most importantly he was passionate about his family and friends, and for those who, like him, were determined to fight the impossible. For over a decade, James and his family chaired the Texas Rangers Diamond Ball, which benefited the Cystic Fibrosis Foundation, and during their tenure raised over $3 million in contributions towards clinical research. "I believe that James knew that his time was short on this earth and therefore pushed himself to enjoy every moment of every day as if it were his last. He never met a stranger, befriending everyone he met with a shake of his hand. And without a doubt, he was the life of the party and the heartbeat of our family," said Emily Bennett, his sister. "He inspired everyone to live life to the fullest and to never give up. He defied all odds, even in the final months of his life." Just hours before what would have been his 28th birthday, James passed away at a hospital in Dallas, surrounded by his loved ones and the medical staff who fought just as bravely by his side. His grandparents, Oliver Glynn Walters and James and Nancy McMichael, preceded James in death. Survivors: His mother, Amy Walters McMichael; father, John McMichael; sister, Emily and brother-in-law, Derek Bennett; maternal grandmother, Joy Walters; uncles, Jim McMichael and Glynn Walters; aunts, Sara Ware and Sue Haynes; as well as cousins and countless friends. Wade Family Funeral Home Arlington, 817-274-9233