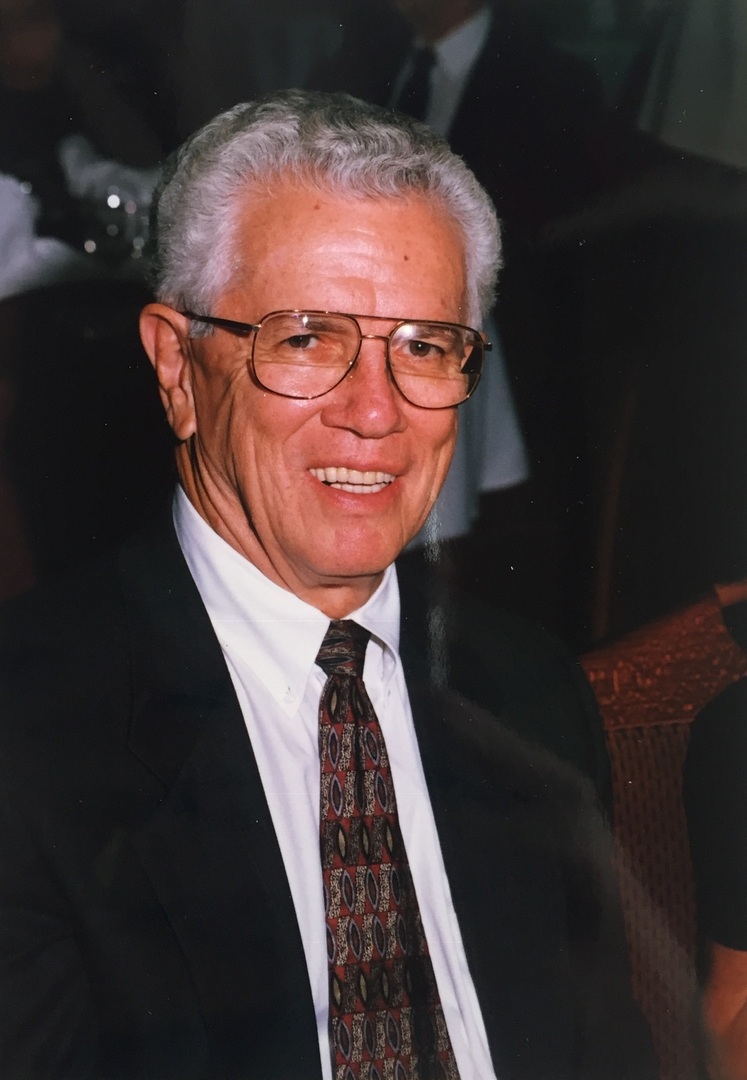 ARLINGTON—James N. Phillips, Jr., 85, loving husband, father, and grandfather, passed away on Dec. 31, 2018. Funeral Mass: 10 a.m. Saturday, Jan. 5th, at St. Maria Goretti Catholic Church in Arlington. Interment: 2:00 p.m. Monday, Moore Memorial Gardens, Arlington. Visitation and Rosary: 6-8 p.m., Friday, Jan 4th, at the church. Memorials: In lieu of flowers, donations can be made to Scottish Rite Hospital. James Nathaniel Phillips, Jr. was born in March, 1933, in Rayville, Louisiana. He was the son of James N. Phillips, Sr. and Rose (Grice) Phillips. He was the fourth of five children, and the only son. His sisters were Joyce, Beverly, Betty, and Dottie. He graduated from Rayville High School in 1951, where he played football and basketball. His father owned a small grocery store, where Jim helped out in his youth. He graduated from Louisiana State University in 1956 with a degree in Mechanical Engineering. Shortly thereafter, he moved to Dallas, Texas to take a job with Vought Aircraft Through mergers and acquisitions over the years, this became LTV, and eventually Lockheed Martin. He worked on aerospace projects for some time, working on designs for aircraft, rockets, and missiles. He also spent time in the ground transportation area, working primarily on rail transportation. His work took him overseas quite a bit, where he made several lifelong friends and acquired a taste for fine food and wine. He always took great pride in his work. He retired in 1994 after 38 years, but he never lost the desire to solve a problem, whether it be fixing a leaky faucet or navigating the elaborate packaging of a grandchild's new toy. Jim met the love of his life, Vernys, while living in Dallas in 1962. They shared common interests, values, and faith. They were married in 1963 and had 55 wonderful years together. They had three children and moved to Arlington in 1973. He was a dedicated family man who loved to be around people. There was no greater joy for him than to have family and friends under one roof. He engaged in his children's activities to spend time with them. He joined the Indian Guides program to spend time with his boys, event though camping wasn't really his passion. He coached Patty's soccer team, the Fireflies, even though he didn't know anything about soccer at the time. He went on to coach them for eight years, and led them to win several championships. As his children grew older, he went out of his way to ensure there was a full refrigerator and ice chest for his children and their friends when they would visit. He and Vernys enjoyed traveling, and there was always a yearly family vacation. In retirement, he and Vernys enjoyed many trips and cruises with dear friends. Jim's Catholic faith was most important to him, and he lived it fully. He served as an altar boy in Rayville until the age of 18, and as an usher at St. Maria Goretti for 35 years. He was always conscious of those less fortunate than him, and wanted to help them. His charitable work included delivering food to the homeless shelter weekly. Jim will be greatly missed on Earth, and certainly welcomed in Heaven. He was preceded in death by his loving parents and four sisters. Survivors: Wife of 55 years, Vernys Phillips; children, Nat Phillips (Sonja), Andy Phillips (Carey), and Patty Venables (Todd); grandchildren, Kyle Phillips (Tina), Kacie Donald (Dillon), Rachel Venables, and Jacob Venables; and several nieces and nephews. Wade Family Funeral Home (817) 274-9233