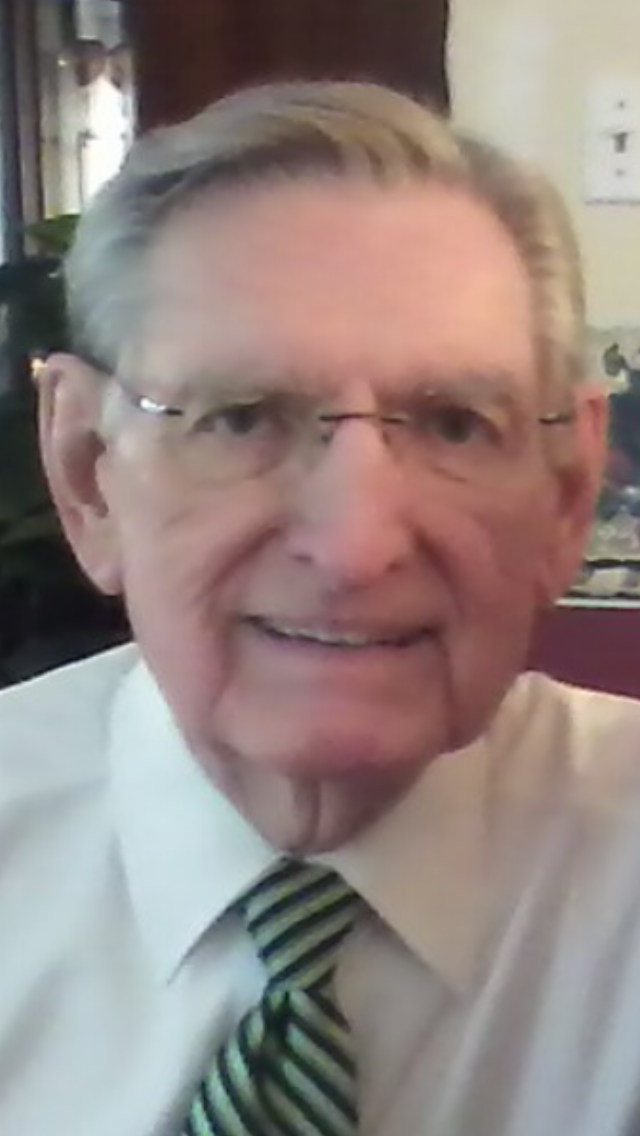 James Scirratt, of McKinney, TX, passed away on October 7, 2020. He will be always remembered as being a devoted son, brother, husband, father, grandfather, uncle, friend, and pastor. He was born in Dallas, TX, and was preceded in death by his parents, James and Mattie Scirratt, sister, Barbara Scirratt Welch, and his wife, Vera. He is survived by his three children, Marty (wife, Lanell), Ann (husband, Doug), and Jayson, and four grandchildren, Austin (wife, Alysha), Rebecca (husband, Jim), David (wife Felicia), and James. A private, family-only, service will be held at 4:30 p.m. Friday, October 9, at Wade Family Funeral Home in Arlington, TX. The service can be viewed online here https://memorial.wadefamilyfuneralhome.com/james-scirratt/4353085/obituary.php, go to photos and videos tab, click on Watch Webcast. Private Interment: Moore Memorial Gardens, Arlington. James grew up in Dallas and after feeling called to become a minister, worked full-time to put himself through school at Baylor University, where he met his future wife, Vera. He then attended Southwestern Baptist Theological Seminary, and Vera began teaching school. Their 3 children arrived while serving at his first 3 churches - Tolar, Hilltop Baptist in Ft. Worth, and Rosebud. Then the family moved to Hearne, TX, and stayed for 12 years at First Baptist Church. The Scirratts moved to Jackson, MS, in 1976 and James served as pastor at Woodland Hills Baptist Church for 6 years. While in Jackson, James earned his Doctorate of Ministry from New Orleans Baptist Theological Seminary. James and Vera went back to Ft. Worth around 1982 where he served at Polytechnic Baptist Church, which became East Meadows Baptist Church. While at East Meadows, James taught adjunct classes at the seminary in Ft. Worth where he mentored soon-to-be pastors on how to provide pastoral care to their future church members. After leaving East Meadows, James became Assistant Pastor and then later Senior Pastor at First Baptist Church in Arlington, where he eventually retired. He was a world traveler and was involved with the Baptist World Alliance for many years. James and Vera hosted several travel groups to Europe, the Middle East, and Asia. James and Vera enjoyed history and set out on a goal of visiting all of the presidential libraries across the US, which they accomplished. He was involved in the Rotary Club and served on the board of the San Marcos Academy for many years. Growing up, he loved drafting and architecture and said that he would have liked to have been an architect had he not been called to the ministry. He loved opera, classical music, and football - especially his beloved Baylor Bears and the Dallas Cowboys. While in Hearne, the Scirratts traveled to Waco for most home Baylor games. All 3 children and one grandchild graduated from Baylor. James will be remembered foremost as being a pastor to thousands of church and community members, from birth, to baptisms, to weddings, to funerals. Everyone who knew James knew that he devoted his life to service and loved the Lord, his work as a pastor, his church, and his family. He lived by example and demonstrated love by his complete devotion to his wife, Vera, and served as her primary caregiver her last years. Donations in James' name can be made to First Baptist Church's Mission Arlington. Please click on the "Donate" button on the top right: https://missionarlington.org/ Wade Family Funeral Home (817) 274-9233