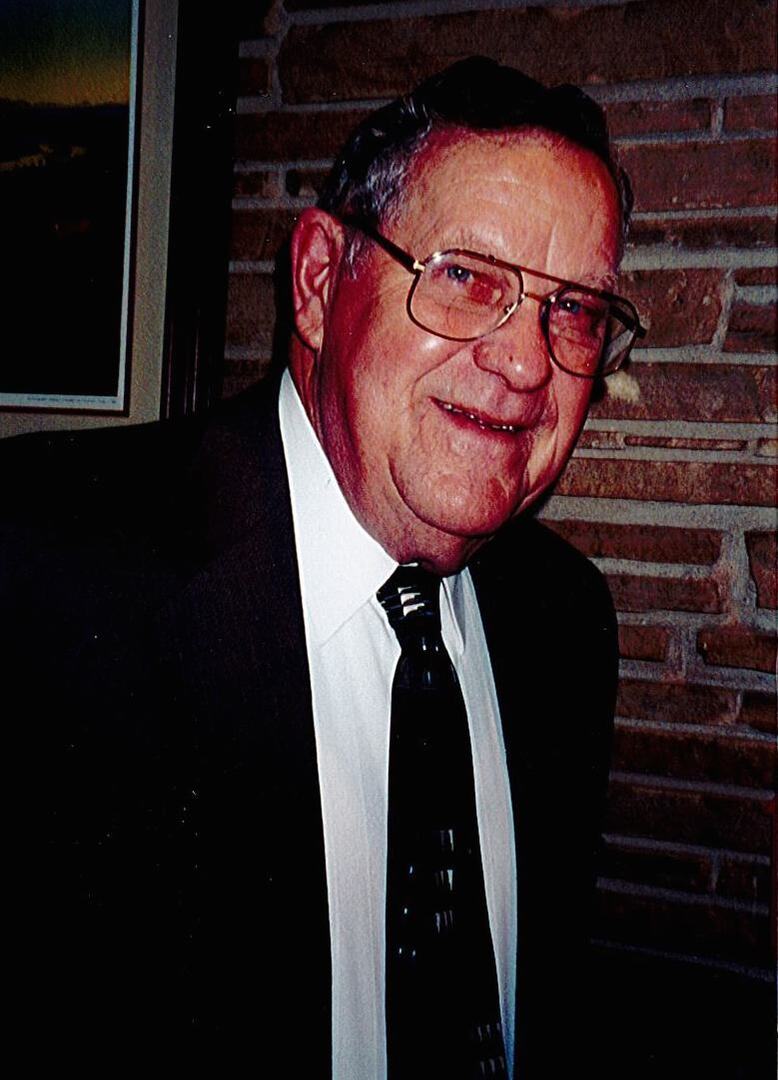 ARLINGTON -- Jack Brouse, 91, passed peacefully from this earth on Wednesday, Feb. 18, 2015. Funeral: 10 a.m. Saturday at Wade Family Funeral Home in Arlington. Visitation: 6 to 8 p.m. Friday at the funeral home. Memorials: In lieu of flowers, the family requests that donations be made to Marine Military Academy, 320 Iwo Jima Blvd., Harlingen, Texas 78550, or to a charity of their choice. Jack was born March 27, 1923, to Sydney and Hila Brouse in Elyria, Ohio. He graduated from Elyria High School in 1941. With America's entry into World War II he enlisted in the Marine Corps when he faithfully served in the Pacific theater of operations. In addition to other units he was a member of the VMF 422 Fighter Squadron. When hostilities ended, Jack returned to Ohio where he met the greatest love of his life, Roberta "Susie" Hill. They married on Valentine's Day, Feb. 14, 1946, a love affair that lasted for 69 years. Jack and Susie then moved to Bowling Green, Ohio, where he completed his college studies at Bowling Green State University in 1949. After graduation he took a job in Toledo, Ohio. The Marine Corps had intensified his love of all things aviation. As Toledo offered few aviation opportunities Jack took a job with the aviation industry in Texas. His professional accomplishments were many including working on the development of the XC-142 (VTOL) and the XB-70 bomber, both of which are on static display at the National Museum of the U.S. Air Force at Wright Patterson Air Force Base in Dayton, Ohio. Jack loved to fly. He earned his private, commercial and CFI certificates and taught many to fly. He restored a 1929 Alexander Eaglerock (which was the 1973 Oshkosh Grand National Champion). This aircraft was donated to the Science Spectrum Museum in Lubbock, where it is on permanent display. Upon retirement Jack worked with the Vought Heritage Aircraft Foundation which built the VE-7 Bluebird which is currently on display at the National Naval Aviation Museum in Pensacola, Fla. They restored the V-173 ("Pancake") which is on loan from the Smithsonian and is currently on display at the Frontiers of Flight in Dallas. As a Mason with 60 years of membership he belonged to two lodges, one in Arlington, Texas and one in Elyria, Ohio. Other organizations include the Short Wing Piper Club; OX5 Aviation Pioneers; Antique Airplane Association; Vought Heritage Aircraft Foundation; Ye Ancient and Secret Order of Quiet Birdmen; VMF 422 Fighter Squadron Reunion Association and the Bowling Green State University Alumni Association. Survivors: Jack leaves behind the love of his life and reason for living, Roberta Brouse. His children will always cherish the memory of a loving father and their hero including Judy Riddle of McKinney, Dan Brouse and wife, Kaye, of Magnolia, Chris Pickett and husband, Robert, of Arlington, and Leigh Ann Taylor and husband, Glenn, of Lindale. He also had nine grandchildren, 18 great-grandchildren and one great-great-grandchild, all of whom he loved and adored. Wade Family Funeral Home Arlington, 817-274-9233