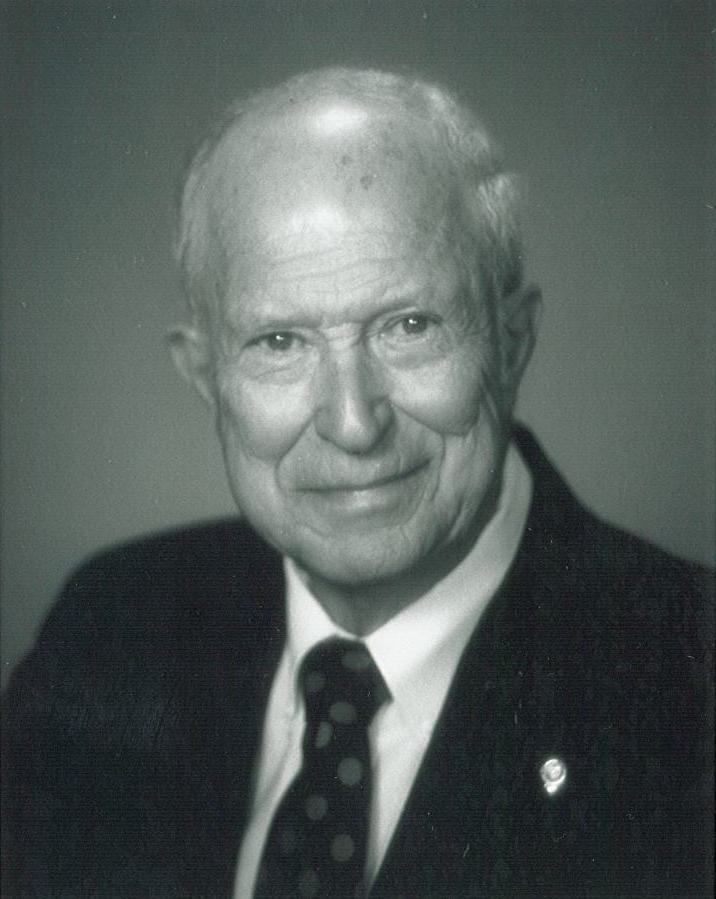 ARLINGTON -- Jack Woolf, president emeritus of the University of Texas at Arlington, died Tuesday, June 10, 2014, at age 90. Memorial service: 2 p.m. Friday in Wade Family Funeral Home Chapel, 4140 W. Pioneer Parkway, Arlington. Interment: 11 a.m. Friday in Moore Memorial Gardens, Arlington. Visitation: The family will receive friends 6 to 8 p.m. Thursday at the funeral home. Memorials: May be made to the Woolf Endowed Scholarship Fund, Office of Development, the University of Texas at Arlington, Campus Box 19198, Arlington, Texas 76019-0198, or Faith in Practice, 7500 Beechnut St., Suite 208, Houston, Texas 77074. He was born June 10, 1924, in Trididad, Texas, to Jeff D. and Emily Mahaza Woolf. His Grandmother Woolf's family settled in the Trinidad area just after the Civil War. Jack Woolf entered Texas A&M College in 1941, and in 1943 entered into active duty in the Army, became a commissioned officer in the Air Corps. After over three years' service, including a year in the Philippines, he re-entered Texas A&M and received B.S. and M.S. degrees in 1948. On July 10, 1948, he married Martha Frazar of Strawn and the were married for 65 years. Jack and Martha moved to Indiana where he was an instructor and graduate student at Purdue University. On June 10, 1951, Purdue University awarded him the degree of doctor of philosophy of engineering. Dr. Woolf accepted a position as a research engineer with Convair (now Lockheed Martin) in Fort Worth. While there he was involved in engineering education. In 1956, he accepted a professorship at Texas A&M in College Station. In 1957 he was named dean of the college at then-Arlington State College and the family moved to Arlington. Following the death of President Hereford in 1958, he was appointed the second president and served in that position as ASC was elevated to degree-granting status. During his presidency, Arlington State College expanded rapidly from enrollment of 5,000 to 11,500. The campus site and improvements expanded dramatically, as did the faculty size and credentials. The first bachelor's and master's degrees were awarded. The governing board of the college was changed from the Texas A&M System to the University of Texas at Arlington. On Sept. 1, 1968, Dr. Woolf resigned the presidency and was named president emeritus and university professor of engineering and higher education, retiring in 1989. In addition to his duties at UTA, he was a consultant to several universities and educational agencies. He was also the executive director of the Association of Texas Colleges and Universities for over 10 years. Dr. Woolf received two very distinctive honors. The first was bestowed in 1964. He was designated a "Distinguished Alumnus" of the College of Engineering of Purdue University, one of the first five to be so honored. In 1995, UTA named the first building built during his presidency Woolf Hall. He and Martha traveled extensively in the U.S. and other countries. Jack was a lifelong member of the United Methodist Church. Family claimed the first place in his and Martha's hearts. He was preceded in death by his wife, Martha; daughter, Ann; and brother, Thomas. Survivors: Sons, Charles Woolf and Dr. Mark Woolf and wife, Debra; grandchildren, Jordan Woolf and wife, Lauren, and Travis Woolf and wife, Katie; great-grandchildren, Nolan and Parker Woolf; sister, Lila Caraway; and several nieces and nephews. Wade Family Funeral Home Arlington, 817-274-9233