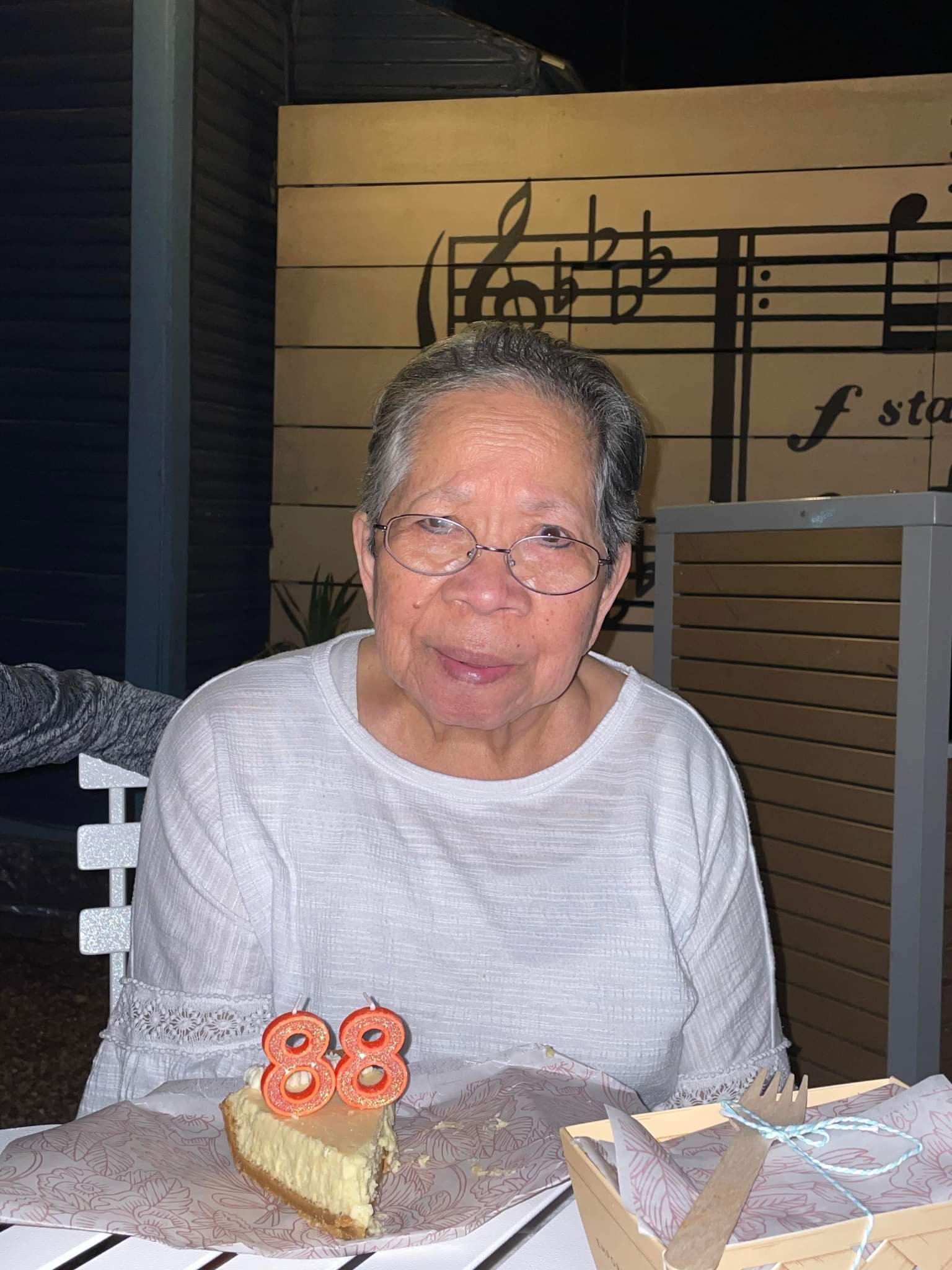 .
Inocencia was born on April 14, 1934 in Panay, Capiz, Philippines to Braulio Delfin and Monica Borja Delfin. She graduated from Central Philippine University in 1965 and immigrated to the U.S. shortly thereafter. She always took care of her remaining family that lived in the Philippines and always found great joy in doing so.

Inocencia began her career as a Nurse and went on to work for over 40 years. She was very committed to her profession and had a passion for helping others. She was a hard worker and very resilient.

She moved to Mansfield, Texas in 2006 after residing in California for 25 years . Inocencia was divorced and never remarried. She always talked about being faithful, honorable, and following through with your responsibilities. She was a Christian and loved going to church with her family.

Inocencia had a great personality and enjoyed being around others. She loved to travel and go on cruises. She enjoyed cooking for her family and made good Filipino dishes. Her favorite color was blue.

She was preceded in death by her parents, Braulio and Monica Delfin; brother, Pedro Delfin; and sisters, Salvation Delfin and Lourdes Delfin.