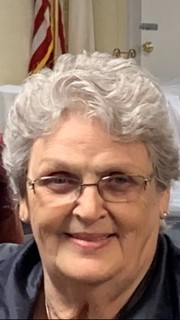 Franna LaVita Wheeler McCullars, 78, of Huntsville, Arkansas, passed away Monday August 9, 2021 in her home. Visitation will be from 5:00-7:00 PM on Thursday, August 12, 2021 at Wade Family Funeral Home in Arlington, Texas. Funeral services will also take place at Wade Funeral Home on Friday, August 13, at 11:30 AM, followed by interment at Shannon Rose Hill Cemetery. Pallbearers will be James McCullars III, William Alexander, Russell Cheyenne Walker, James McCullars, Tyler Coles, Spencer Coles, and Joey Depositario. Franna was born in the family home in Santo, Texas; to Farris and Katie Wheeler on January 17, 1943. She was a devoted wife and mother with a giving nature. She was an accomplished seamstress and clothed many of her loved ones. She was a lifelong fan of the Texas Rangers and the Dallas Cowboys. She also loved to volunteer. She spent most of her life in Texas but retired to Huntsville, Arkansas in 2011 to be near her daughters and grandchildren. Franna is preceded in death by her mother and father, her husband James Howard McCullars Jr., four brothers, three sisters and one niece. She is survived by her two sisters Eva Lou Wright of Sterling City, Texas; and Linda Duncan of Lone Camp, Texas; three daughters Kim Coles of Huntsville, Arkansas; Christy Walker of Alabam, Arkansas; and Shelly Alexander, and husband, William, of Huntsville, Arkansas; and one son, James McCullars III, and wife, Sharon, of Mansfield, Texas; six grandchildren, Tyler Coles, and wife, Lauren, of Lowell, Arkansas, Lainie Leslie, and husband, Trent, of Fayetteville, Arkansas, Spencer Coles of Springdale, Arkansas, Russell Cheyenne Walker of Arlington, Texas, James McCullars of Mansfield, Texas, and Megan Alexander of Huntsville, Arkansas; one great-grandchild, Nora Coles of Lowell, Arkansas; a brother-in-law Jerry McCullars, and wife, Veronica, of Arlington, Texas; an aunt, Jimi Gouge of Weatherford, Texas; and many other loving cousins, nieces, and nephews. Wade Family Funeral Home 817-274-9233