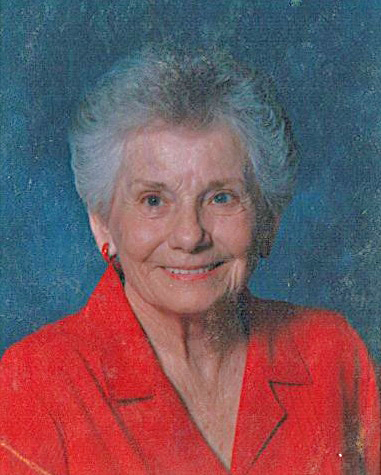 Evelyn entered into the presence of God on January 28th, 2014. She loved God with all of her heart and loved her husband and family the same. She was a people person and made many wonderful friends along her journey. She and Perry had so much fun in Emerald Bay. She was a member of the Ladies Golf Association and played until 2008 when Alzheimer's began to take a toll on her. She was a member of Emerald Bay Church in Bullard, Texas and attended church services at Horizon Bay until recently. She had a deep and abiding love for God, journaling her prayers, thoughts for thirty five years. She moved to Arlington in 2011 to be with her family after Perry passed away. Born in Fort Worth February 7th, 1924. She was the oldest daughter, one of eight children born to Alton Howard Jones and Grace Irene Haggard Jones. She was predeceased by her parents and the love of her life Perry Winfield Latham, son Russell Alton Athens, sister Betty Jean Ramsey, brothers Eugene H Jones, Jack L Jones, Alton Howard Jones Jr. Missed by daughter and son in law Jody and Phil Huck, daughter Patty Benitez, Grand children: Shane Rucker and wife Salone, Kristin Collier, Trisha Huck Rendsland, Kelly Gonzales, Russell Athens and Cody Athens. Great Grandchildren and honorary pallbearers: Cassidy Collier, Dylan Rucker, Shelby Rucker, Will Rendsland and Heath Rendsland. Great-great grandchildren: Brenan and Makenly Carter, Alaina Collier and Alex Payne. Brothers, Cliff Jones (Doris), Byron Jones, Lyndell Jones. Greatly loved nieces, nephews and sister in law Marlene Jones