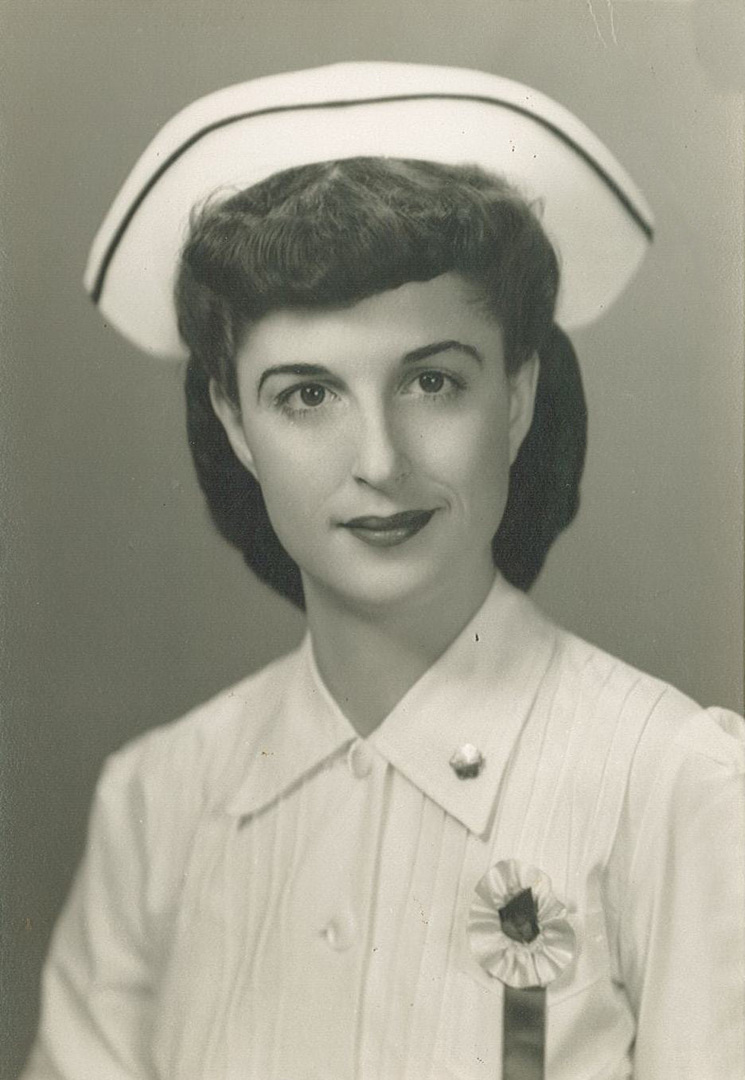 ARLINGTON -- Ernestine "Ernie" Knight Hoskey was reunited with her precious John on Tuesday, Nov. 18, 2014. After 62 years of marriage, they are together again. Funeral: 1 p.m. Friday at Tate Springs Baptist Church, 4201 Little Road, Arlington. Interment: Emerald Hills Memorial Park, Kennedale. Visitation: 6 to 8 p.m. Thursday at Wade Family Funeral Home, 4140 W. Pioneer Parkway, Arlington. Memorials: In lieu of flowers, Ernie requested memorial gifts be made to Walls Universal Home Health & Hospice, 1208 Country Club Lane, Fort Worth, Texas 76122. Born in Fort Worth on Aug. 13, 1929, Ernie spent the early years of her life with her grandparents in Waxahachie. At the age of 10, she moved to Fort Worth and graduated from Paschal High School in 1946. She attended St. Joseph School of Nursing, graduating as a registered nurse in 1950. On Dec. 13, 1950, she married the true love of her life, John Hoskey. She worked at St. Joseph until taking a position at Arlington State College, now UT-Arlington. After John graduated from physical therapy school, they began their family. She loved being a part of the lives of her daughters, Marsha and Melissa. Girl Scout leader, camp nurse, PTA and garden club president were just a few names she held throughout the years. After the girls started school, Ernie joined John in his physical therapy practice where they worked side by side until his retirement. She then joined Melissa at her Overland State Children's Academy, working together for over 10 years. Above all, Ernie's favorite title in life was Pamaw to her five grandchildren. She was thrilled to live to enjoy her six great-grandchildren. After John's passing in 2012, they became her reason for living. They brought her great joy and she lived for their visits and sleepovers and loved being a part of their lives to the very end. Ernie and John were active members of Tate Springs Baptist Church for over 60 years. A true woman of faith, she was a mentor to many and loved by all who knew her. Words cannot express the love and appreciation the family has for Kathy Walls and her professional and caring team of health care professionals at Walls Universal Health Care, especially Gerlinda Jackson, who the personal caregiver to our parents since the beginning. Not only did she care for them in their home for the past five-plus years, but she was also with us at the hospice lovingly caring for our mom, giving us love and support until the end. We don't know what we would have done without you. Ernie and John moved to Horizon Bay in 2010. They loved their life there and the friends and relationships they made were priceless. Ernestine was preceded in death by her parents, Wes and Corene Decker; and brother, Franklin Knight. Survivors: Left to cherish her memories are her daughters, Marsha Waddelow (Dave), Melissa Arnold Starkey (Bart); grandchildren, Ashlea Stanton (Mikael), Kendall Turnipseed (Rebecca), Christopher Arnold (Brooke), Alexandra Arnold and Nick Arnold; great-grandchildren, Austen, Grayson and Landrey Stanton, MaKenzie Turnipseed, Braxton and Summer Arnold; and beloved dog, Rascal. Wade Family Funeral Home Arlington, 817-274-9233