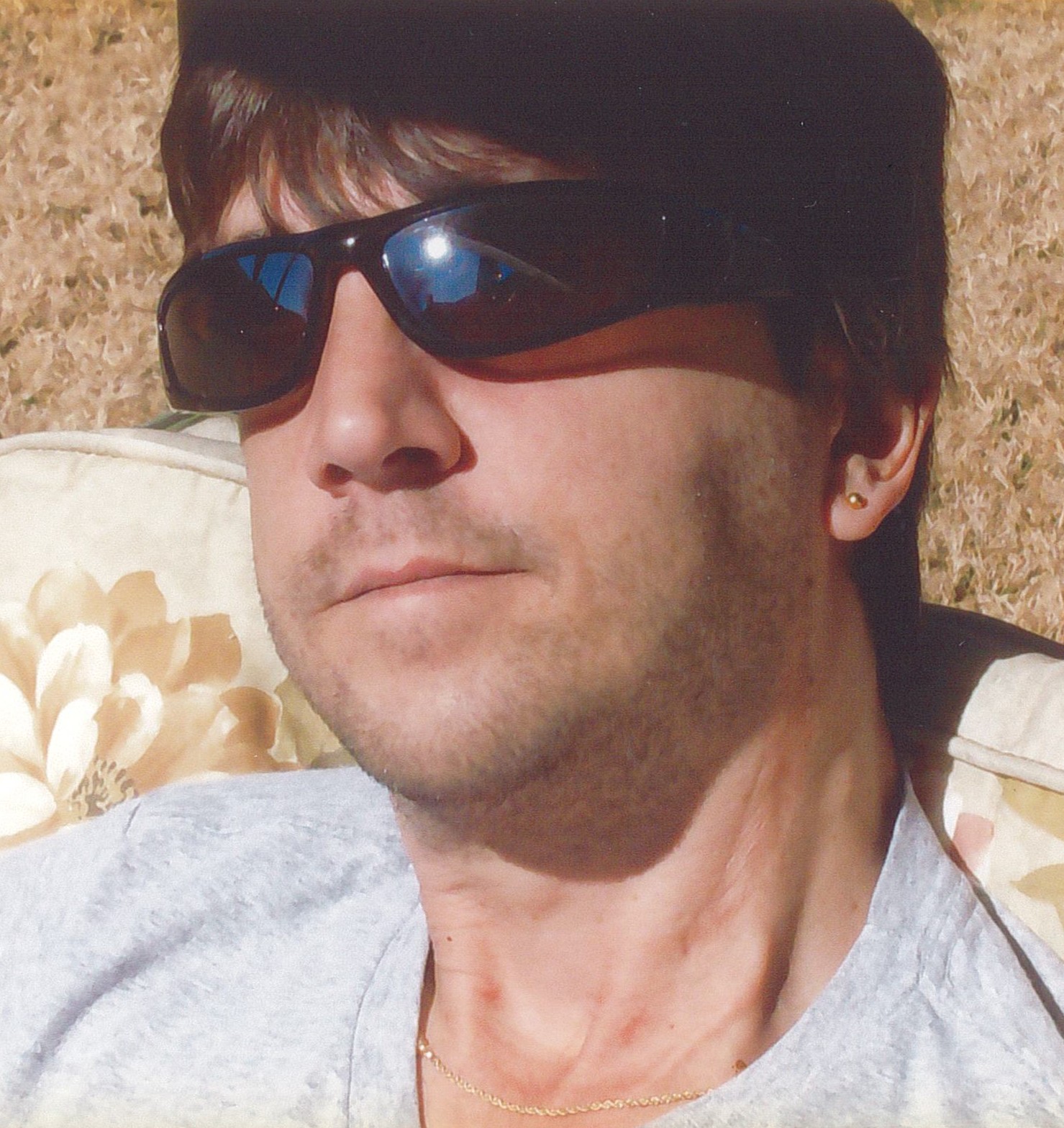 Eric was born on December 13, 1970 in Royal Oak, Michigan to Roy and Sharon Traylor.

At 14, Eric suffered injuries due to a motorcycle accident including total blindness, anosmia, partial paralysis, many broken bones, & brain damage. He was not expected to live, but Eric was a fighter and God had plans for him. After a long stay in the hospital, he returned to school – first to Young Jr. High and then Martin High School, but he was not able to graduate due to residual health problems. He went on to receive his GED a year later.

He held several jobs throughout his life including The Lighthouse for the Blind, Subway, Pizza Hut for 10 years (which he walked to), and PAA advertising sales for another 5 years. He took a lot of pride in working and tried to be as independent as he could.
Eric met the love of his life and best friend Christi in May of 1990 and they were married on Oct 21, 2000 in Arlington, TX. The couple resided in Arlington, TX with their many 4-legged babies over the years including their latest one, Sammy.

He was best known for his great personality & sharp wit, his love of music, his self-taught abilities in playing the piano and guitar, his love for the Dallas Cowboys, and for making people laugh. He picked up the guitar soon after he got home from the hospital following his accident and went on to become quite good. He would continue to play guitar and the piano for most of his life and loved to create his own music…all from memory. He also loved flying with his father in light airplanes which sometimes involved aerobatic maneuvers such as loops and rolls. Eric even made it into the news once for being on a bowling league while blind and got his picture in the Fort Worth Star Telegram.

Eric accepted The Lord Jesus Christ as his savior at 10 years old at Fielder Road Baptist Church in Arlington, TX, and recently reaffirmed his salvation in a prayer meeting with his family.

Memorial donations can be made in Eric’s name to the American Cancer Society.