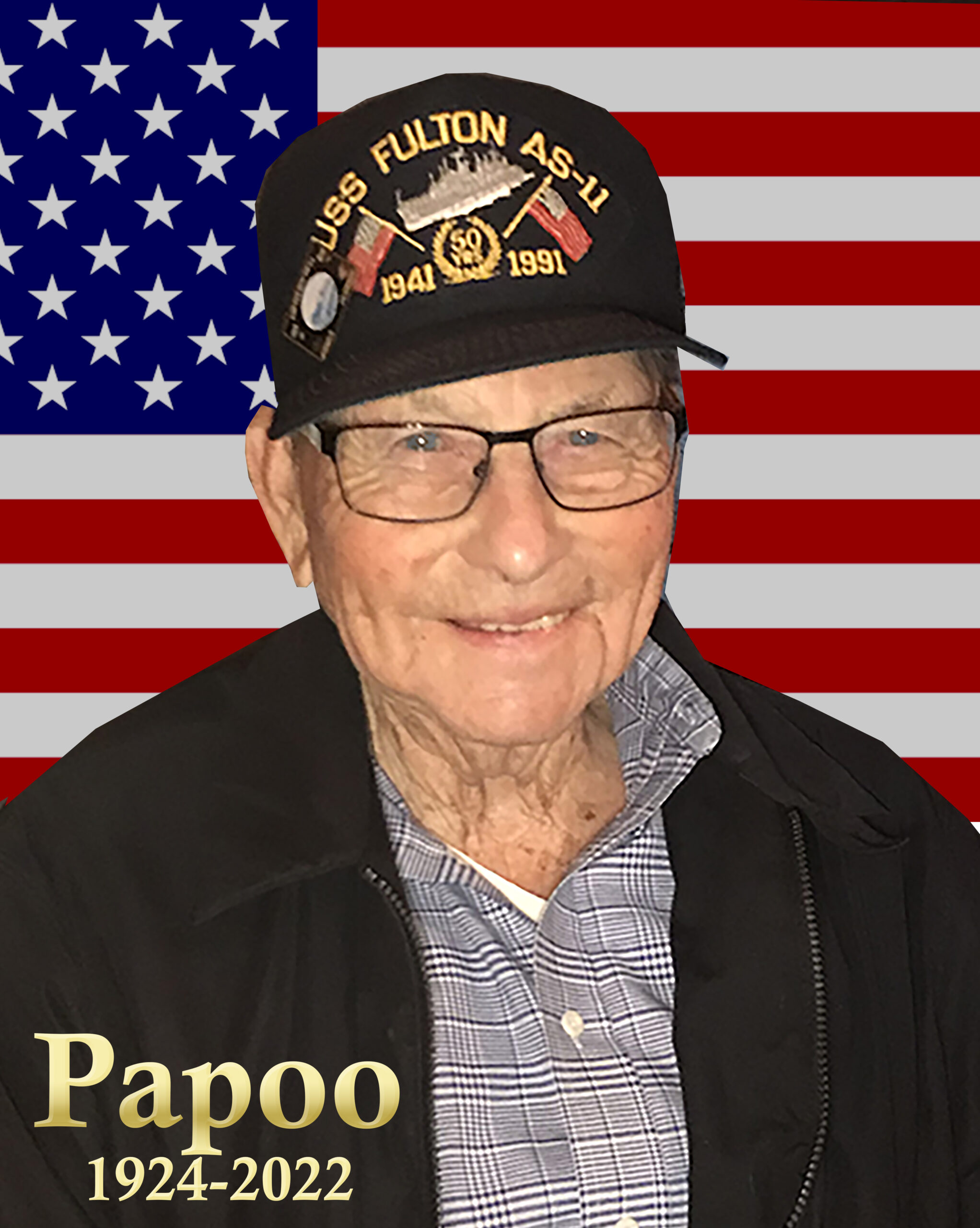 A graveside service is scheduled for Tuesday, May 24 at 3pm at Annetta Cemetery in Annetta, TX.

Ed was entrepreneurial, cheerful, perceptive, and devoted to his family. He lived a remarkable life.

He was born September 1, 1924 in Texas to James and Fanny Martin. His father worked on a farm where he was raised with his 11 siblings in a very musical household. As a kid in the country, he learned to ride a horse, pick cotton, and farm. He attended elementary school in a 1 room schoolhouse with a windmill outside and he shared stories of the fun he and his brother’s had going to school, making toys out of matchboxes, exploring nature, and playing in the river nearby. Ed worked hard and enjoyed life. He had many interesting jobs when he was younger including being a soda jerk.

Defining experiences in his life were serving in the navy during World War II, playing music in a country western band, and true love with his wife, Joyce.

In 1942, he joined the Navy with his brother, Johnny. They went to Hawaii after the attack on Pearl Harbor, shortly after he was assigned to the USS Fulton as a mechanic where he fixed submarines and assisted ships in the South Pacific.

After returning from war, he married Edith Joyce Martin, which he lovingly referred to as Joyce-ann.
With a life in a time traversing many technological advancements; he quickly embraced evolutions in technology. He was inventive with a keen ability to see things simply and innovate to solve challenges. This led to him founding an industrial controls business with his wife, Joyce, in Dallas, TX while raising their 3 children Gayle, Joy, and Judy.

Ed was a Christian. When he moved back to Texas, he placed his membership to the Shepherd Church of Christ in Shepherd, Texas. In Dallas, his family joined the Church of Christ. After their kids were grown, Ed and Joyce moved to Arlington, TX where they joined Pleasant Ridge Church of Christ and spent many active years in the community.

Ed was a musician. He could play most string instruments and was the bassist in a country western band, with his brothers and friends, called The Country Ramblers. Their band played at senior citizen centers. They had fun times and a great following of fans, with his wife, Joyce, being his best supporter.

Ed was a proud Texan. With a career repairing and building large machinery on farms, at factories, and in oil fields throughout the state; he had a strong connection with Texas.
He loved taking drives through the country with his wife Joyce. He was always working on some project around the house or for his business and often Joyce would look at him and say, “Papoo, let’s go for a drive”, and off they would go. Ed enjoyed stopping by a cotton field and filling a red solo cup with cotton, looking out for prairie dogs, admiring the Texas landscape, and talking about Texas history.

Ed was a beloved husband, father, grandfather, great-grandfather, and an engaging storyteller. Ed’s family and many friends called him Papoo.

Ed and Joyce, also known as Memaw and Papoo, spent many entertaining nights dancing and having country and western jam sessions with friends and family. They enjoyed simple things like picnics, playing cards, feeding the ducks, watching birds, flowers, and sharing the joys of life with each other and their family.