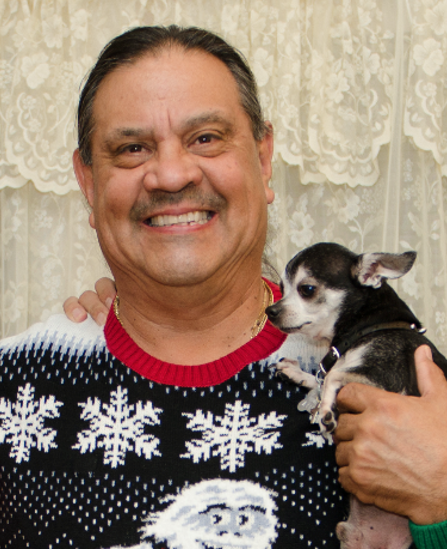 
Resided in: Fort Worth, TX

Elias Castro, 65 years old, passed away on December 16, 2022. He has gone to be with and stand before his Lord and Savior, Jesus Christ.

He was born in Lubbock, TX to Angel Castro Jr. and Mary Gonzales Castro on October 18, 1957. He married Leticia Olarte Castro on October 3, 1977, in Honolulu, Hawaii. He worked as a Quality Control for Flint Group for 40 years. He served in the marines for 4 years. He was an active member of the Catholic Church and was involved in the work of the church.

Elias was a loving father and Grandpa to his grandchildren and great grandchildren. He loved to decorate his house every holiday and spend time with his family. He loved trying different types of food. He enjoyed watching his favorite football team play on TV as well as action movies.

Elias was preceded in death by his father Angel Castro, Jr.