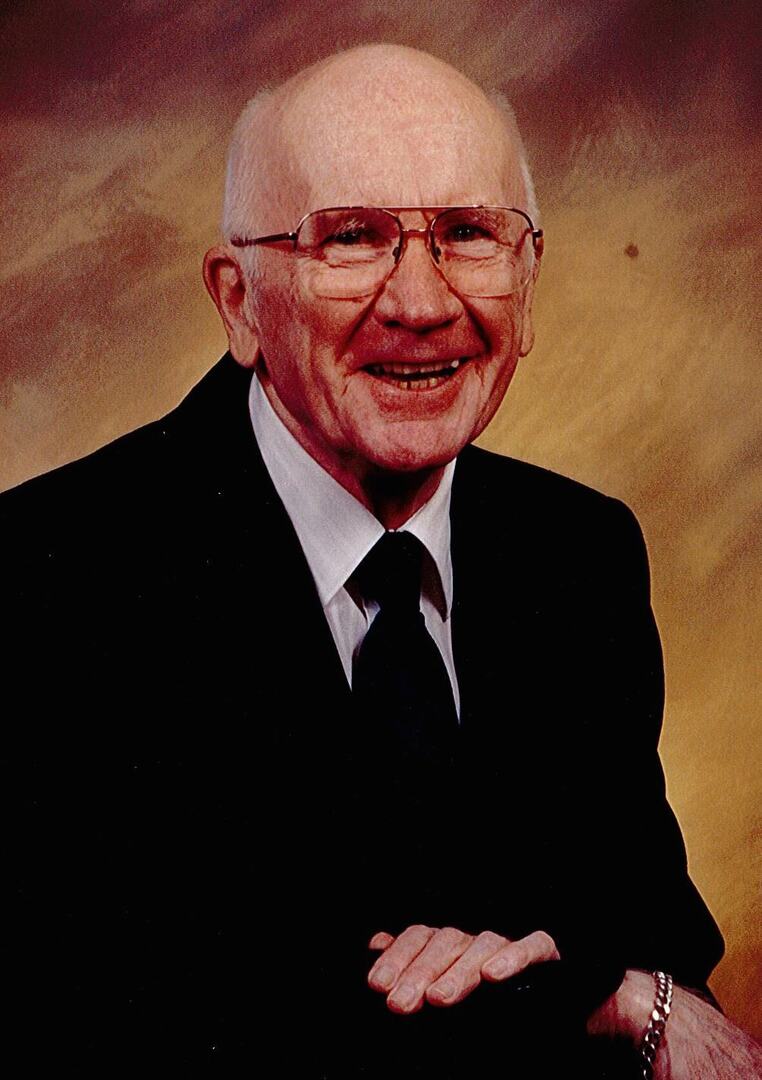 ARLINGTON -- Edward R. Richter, 94, went to be with the Lord on Monday, July 20, 2015. Services: Visitation: 6-8 p.m. Wednesday at Wade Family Funeral Home, 4140 W. Pioneer Parkway, Arlington. Mass of Christian Burial at 11:30 a.m. Thursday at Most Blessed Sacrament Church, 2100 N. Davis Drive, Arlington with Monsignor Rev. Joseph S. Scantlin, celebrant. Interment: Tuesday, July 28, 2015 at St. Joseph Catholic Cemetery, Freeport, IL. Rick was born December 6, 1920 in Freeport, IL. After graduating from Aquin High School and Brown's Business College in Freeport he went to work for the federal government in Washington, D.C. A veteran of World War II, Rick served in the Naval Reserve and the U.S. Army, with duty overseas in the Asiatic-Pacific Campaign. After World War II he was employed at Crum and Forster Insurance in Freeport but then returned to work for the Federal Government in Chicago. While in Chicago he attended Columbia College and Midwestern School of Broadcasting. During his career Rick also attended the University of Maryland and University of Georgia. Rick started his radio career in 1951. Before moving into Management his background was that of a Newscaster, Sportscaster, D.J., Talk Show Host, Copywriter and Salesman. He began at WRAC in Racine, Wisconsin doing play-by-play. He then moved on to WRRR in Rockford, IL where he initiated a talk show. His next stop was WROK in Rockford where he resumed his play-by-play career. Then after a stint at WLBK in DeKalb, he moved to Freeport to take over Management of WELL-FM. Later, he became Vice-President and General Manager of Triadd Stations, Inc. (Owners and operators of radio and Cablevision stations in Michigan, Indiana and Illinois). He was a member of the Board of Directors of the Freeport Chamber of Commerce and also belonged to the Ambassador Club serving a term as Director. On September 1, 1973 he went into Cablevision and managed the office in Freeport. During his 12-year stay in Cablevision he was also on the Board of Directors of the Illinois-Indiana Cablevision Association. Serving as president of that Association for three years. In 1979 he was inducted into the IBCA Hall of Fame, in the Media division as a result of his play-by-play work. He married Marjorie M. Behn of Chicago on January 21, 1956. After retirement, he and Marjorie moved to Tuscon, Arizona. There, he served on the Board of Directors of a private golf course, Rolling Hills, and was President for three years. He was also president of the Men's Club for a number of years. He served on 13 other Boards of Directors as a member and Officer in various cities. He and his wife moved to Arlington, Texas in 1999. Two of the experiences he most enjoyed reminiscing about were his 14 years of broadcasts of live play-by-play basketball tournaments from Champaign, Illinois and the two Holes-in-one he got while golfing. Rick served for many years as a Lector and a Captain of Lectors at Most Blessed Sacrament Church in Arlington, Texas. Preceding him in death was his wife, Marjorie; his parents, Edward and Anna Richter; his sister, Luella Eichmeier; and a brother, Paul. Survivors: A daughter, Lynne Marie Roloff and her husband, Scott; granddaughter, Kalie of Arlington; a son, Douglas and his wife, Ronda; three granddaughters, Melissa, Dawn and Lori; twelve great-grandchildren; and one great great-granddaughter, all of Freeport, IL. Wade Family Funeral Home Arlington, 817-274-9233