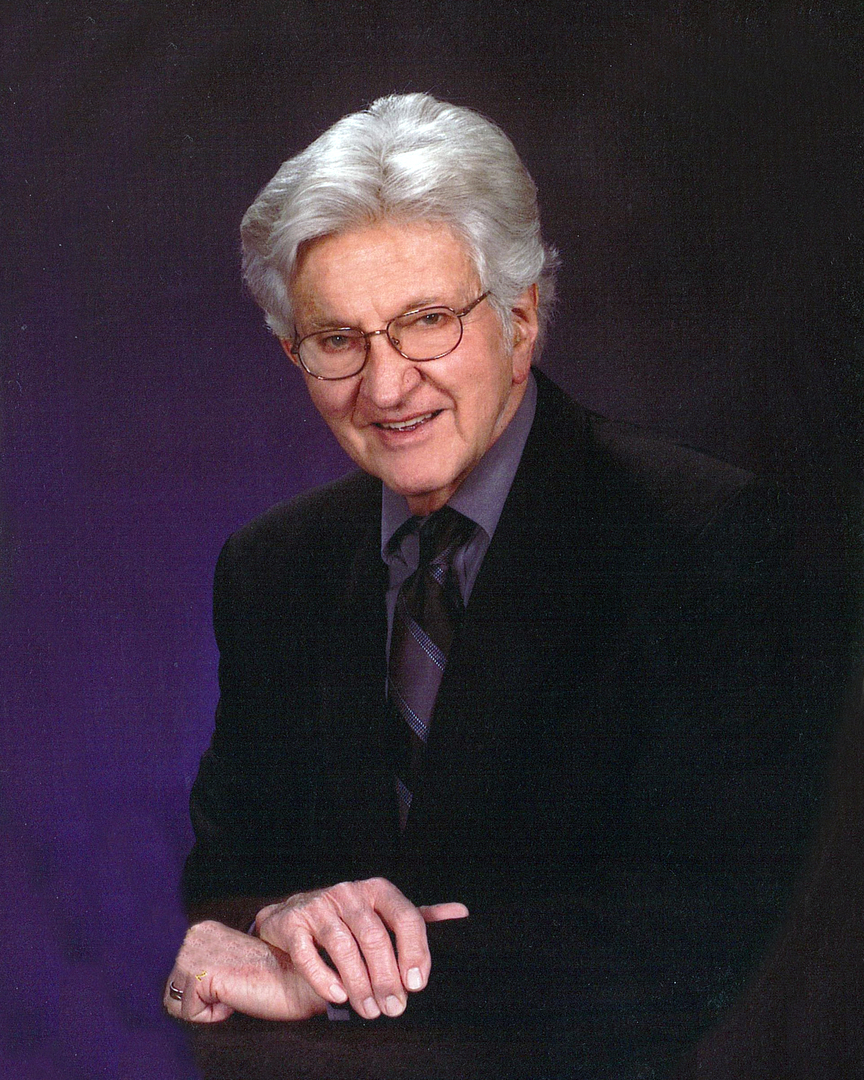 Donald Hugh Burnett, an Arlington dentist for 34 years passed away peacefully on July 28, 2019. Don was born September 17, 1931, in Goodland, Kansas to Hugh and Florence Burnett. He graduated Fort Hays High School in 1949 where he lettered in basketball, football, and started the first tennis team. He also enjoyed participating in a choral singing group and being an officer in several school organizations. In 1951 Don joined the US Navy and was a hospital corpsman on the USS Consolation during the Korean War. During this time Navy Chaplain Reese helped lead him to Christ. One of his favorite stories to tell is how he accepted Jesus Christ as his Savior during his time on a ship. He was honorably discharged in 1959. Don prayed that the Lord would lead him to a Christian girl who was very capable, fun to be with, and pretty. In the late years of his life, he continued to share how that prayer was met. He was a dedicated husband for over 60 years. Married to Mary Joyce Goodman on June 7, 1958, they had two children, Mary-Dawn born in New York City in 1959 and Doug born in Des Moines, Iowa in 1962. Don completed his Bachelor of Arts at Fort Hays Kansas State in 1956 followed by his master's degree in Personnel Services from the University of Colorado in Boulder. While attending the University of Colorado, he was head counselor in the men's residence hall system. He went on to receive his Doctorate of Education degree in Student Personnel Administration from Teachers College, Columbia University, in NYC. This accomplishment qualified him to be Dean of Men at Drake University in Des Moines, Iowa. Because of his hospital experience in the navy, the medical field continued to influence Don. Attending Baylor University Dental School in Dallas was his next stop. He graduated in 1969 and opened his dental practice in Arlington. For 34 years he served the Arlington community as a dentist with gentle hands and a kind heart. He was a member of area dental associations, such as Texas Dental Association and Academy of General Dentistry. As a dedicated member of the Arlington community, Don served as president of several organizations: Six Flags Sunrise Kiwanis and Arlington South Rotary. He was also president of Schola Contorium, a classical choral group. Don enjoyed Bible Study Fellowship for 7 years and served as a group leader for 5 of those years. He was a board member for Young Life. His church membership included Pantego Bible Church and Trinity United Methodist Church, where he was a dedicated member of the chancel choir. Being in the choir was his favorite past time and studying his Bible was his passion. Don was a mentor to his three grandsons and an encourager to all he encountered. His intellect was astounding and his recollection of detailed, historical facts impressive. Don is preceded in death by his beloved wife, son Doug who died of leukemia in 2003, his parents and brother. He is survived by his daughter, Mary-Dawn Hudspeth, son-in-law Tom Hudspeth, grandsons Matthew and Trey Hudspeth, daughter-in-law Mary Helen Burnett and grandson Benjamin Burnett. In lieu of flowers, donations may be made to your church or a charity of your choice. Wade Family Funeral Home (817) 274-9233