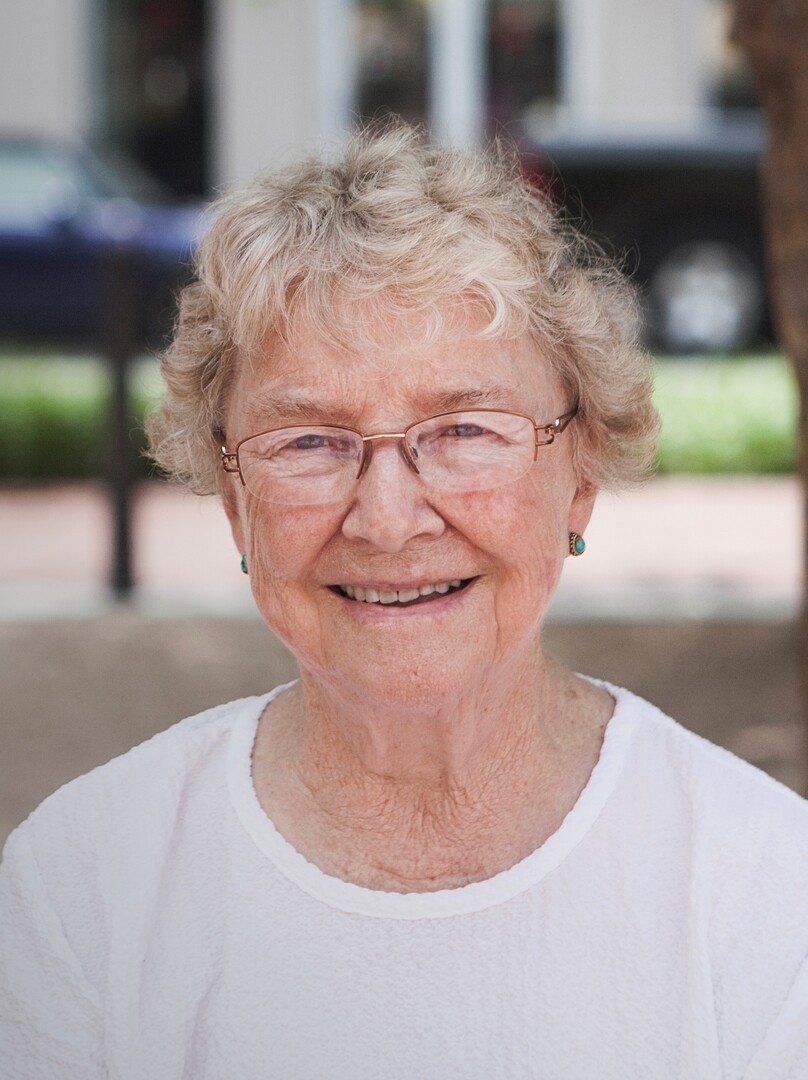 It is with great sadness that we announce the passing of our beloved mother, wife and grandmother, Dilys Roth. Dilys was born in Liverpool, England on Jan 31,1928 and passed away on Aug 25, 2020 at the age of 92. She immigrated to the US at age 23, sailing alone on a two week journey by ship to marry her husband Frank (a USAF pilot) in 1951. They were married for almost 45 years before his passing in 1996. She was a devoted mother to her 2 daughters...Melanie Roth Milne and Dr Glynis Roth (who preceded her in death in 2005.) For a woman who lost her own mother at age 5, she entered her maternal role with great passion and skill, supporting her children's activities and encouraging every endeavor they undertook. Dilys was loving, kind and caring to all, and had many friends from her travels all over the US and Great Britain. She loved animals and owned a dog (actually at least 3 or 4 dogs) every single day of her life. She was a Fort Worth Zoo docent for 25 years, frequently visiting area elementary schools with small portable animals, presenting special programs about them. She was active in her Presbyterian church, participating in choir where she shared her beautiful singing voice...likely a gift from her Welsh father as the Welsh have long been recognized for their magnificent voices. She was a longtime volunteer at the Presbyterian Night Shelter, helping feed the homeless every Wed. night for several years. Dilys was fortunate to continue a long friendship with her childhood friend, Ben Walker. They both lived on Tulip Rd in Liverpool and became fast friends at age 6. They experienced frequent WW II bombings as children in England, where their food was rationed, hard hats were worn for protection and school was attended at home. As young adults, Dilys joined the British Army and Ben became part of the Royal Navy. They eventually married others and raised families, but each later lost their spouses. Ben (who had remained in the UK) came back on the scene with a visit to Fort Worth to see Dilys in 2003 and the rest is history. They married in 2004 and shared many happy times together until her recent passing. Funeral: 3pm Tuesday, Sept 1 at Wade Funeral Home in Arlington.Burial: Private Memorials: Charity of choice Survivors: Her beloved husband of almost 16 years, Ben and dear daughter Melanie Milne. She was an amazing Gran to her 5 grandchildren...Will, Evan and Lane Milne and Wes and Maeve McFall and was blessed with 7 great grandchildren. Other survivors include her dear nieces and nephews in the United Kingdom and loving family members in the Houston area. Wade Family Funeral Home (817) 274-9233