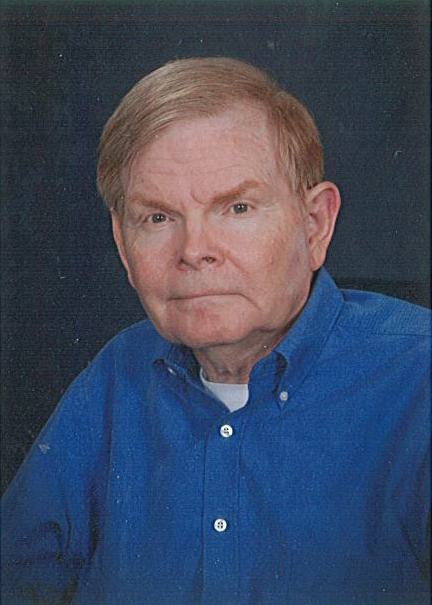 ARLINGTON -- Dennis Walter Smith, 69, is rejoicing with his heavenly Father as of Sunday, Sept. 28, 2014, since his passing in Fort Worth. Funeral: 2 p.m. Saturday at Tate Springs Baptist Church, 4201 Little Road, Arlington, with the Revs. Chris Shirley, Charles Clary, Bobby Hancock and Bart McDonald officiating. Interment: Greenwood Memorial Park, Fort Worth. Visitation: 6 to 8 p.m. Friday at Wade Family Funeral Home, 4140 W. Pioneer Parkway, Arlington. Memorials: May be made to Tate Springs Baptist Church Building Fund or a choice of charity. Dennis was born Nov. 9, 1944, in Liberal, Kan., to Walter Smith and Ruth Cutter Smith. He graduated from Hugoton High School in 1963, attended Kansas State and graduated in 1968 from Oklahoma Panhandle State University in Goodwell, Okla. Dennis taught school in Kansas and Texas, then began a career in office machine repair. After moving to Fort Worth, Dennis joined Travis Avenue Baptist Church where he met Anne Echols, the love of his life, marrying her in 1973. Dennis graduated with a master's degree in religious education from Southwestern Baptist Theological Seminary in 1974. The Smiths joined Tate Springs Baptist Church, serving as members for 32 years. They made many close friends with whom they enjoyed serving, studying God's Word, fellowshipping and vacationing. Dennis taught Sunday school and served as a deacon, as well as chairman of both the deacons and personnel committee. Due to issues beyond his control, Dennis Smith was not a large man of stature. Yet all who knew him would agree that Dennis was a great man of integrity. We will all remember his dry wit and sense of humor and will miss him dearly. Dennis was preceded in death by his parents. Survivors: Wife of 41 years, Anne Echols Smith; brother, Clinton Wiliam Smith and wife, Janice; brother-in-law, Bill Echols and wife, Jan; and numerous cousins, nephews and nieces. Wade Family Funeral Home Arlington, 817-274-9233