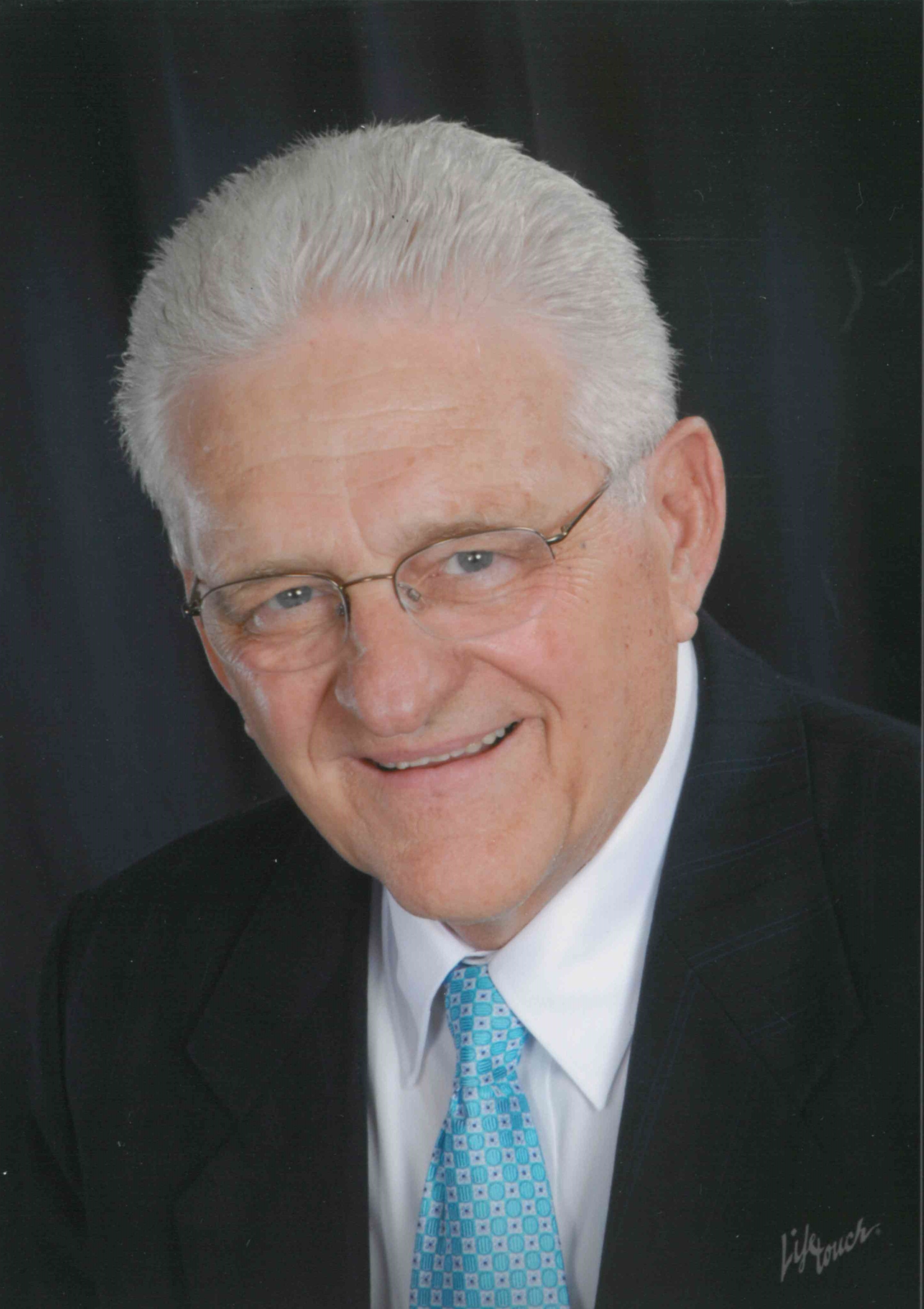 David B. Joeckel was born of Rev. Tobias and Esther Joeckel in Huron, South Dakota, on October 29, 1933. In 1935, the family moved to Williamsburg, Iowa. In 1941, his father accepted a Call to serve in South Gate, California, a suburb of Los Angeles. Upon being led to prepare for pastoral ministry, he attended California Concordia College in Oakland, California. He entered Concordia as a ninth grader and continued attending there through High School and Junior College. In 1953, David began attending Concordia Seminary in St. Louis, where he played on the basketball and baseball teams for four years and served as Vice President of the student body. Pastor Joeckel graduated from the Seminary in 1958.

His vicarage year was served at St. Matthew Lutheran Church in New York City, the oldest Lutheran Church in the U.S. His first Call was as Assistant Pastor at St. Paul Lutheran Church in downtown New Orleans. Pastor Joeckel was ordained at St. Paul’s on July 13, 1958. In January of 1959, he was united in marriage with Judy Wasle in St. Louis, who had completed her training as a Registered Nurse. Pastor and Judy had met in St. Louis three years earlier while Judy was a student at Deaconess Hospital Nursing School, and Pastor Joeckel was in his third year at the Seminary. After four years of service in New Orleans, Pastor Joeckel accepted the Call to serve as the founding Pastor of Holy Trinity Lutheran Church in Hacienda Heights, a suburb of Los Angeles, California. While serving at Holy Trinity’s congregation, Pastor Joeckel served as President of the Hacienda Heights Ministerial Association, and also as a Circuit Counselor in the Southern California District. In 1971, the Joeckel family moved to Arlington, Texas, where Pastor Joeckel had accepted a Call to Grace Lutheran Church. Pastor Joeckel received the Doctor of Ministry degree from Brite Divinity School at TCU in Fort Worth, in 1987. Over the years, Pastor Joeckel served as a Circuit Counselor, on the Board of Missions and as Vice President of our Texas District. He also served as President of the Arlington Ministerial Association. Pastor Joeckel was active in the Arlington community, serving as the founding President of Arlington Charities, an early board member of Arlington Night Shelter, founder, along with Judy, of the Heart of Arlington Neighborhood Association, participating in the establishment of the Chaplaincy program at Arlington Memorial Hospital and the Medical Center of Arlington, serving on the first City Cable Board opening the door for televising Grace’s Worship Services, and serving on the first Arlington Human Services Board.

In 1998, Dr. Joeckel retired after forty years of ministry, including twenty-seven years at Grace Lutheran. Judy Joeckel also retired after eighteen years of teaching in the Grace Early Education Ministry. In June of 1999, Dr. Joeckel concluded fourteen years of service as Vice President for Area B of the Texas District. In 2001 and 2002 Pastor Joeckel served as Vacancy Pastor of our Redeemer Lutheran Church in Dallas. In 2003 and 2004 he assisted in the ministry of Cross of Christ Lutheran Church in DeSoto.

Starting in 1999, Dr. and Judy Joeckel served for around fifteen years on a part-time basis, as Assistants to the President of the Lutheran Social Services of the South, Dr. Kurt Senske, giving special attention to the ministry of the Nelson Treatment Center for abused and neglected children. Dr. Joeckel also served as a Visitation Pastor here at Grace Congregation beginning in January of 2005, continuing in the pastoral ministry begun more than fifty years ago.

All are welcome to celebrate Pastor Joeckel at the Levitt Center, 100 W. Abram St., Arlington, Texas 76010 after the graveside service.

Memorials: In lieu of flowers, the family requests that you make a donation to Grace Lutheran Church.