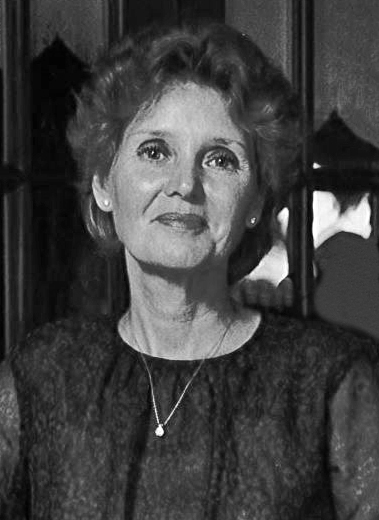 ARLINGTON -- Daphne Yvonne DiSciullo, 87, passed away on Tuesday, Aug. 18, 2015, at her home in Arlington. Funeral: 4 p.m. Saturday at Wade Family Funeral Home, 4140 W. Pioneer Parkway, Arlington. Interment: 1 p.m. Sunday in Democrat Cemetery near Goldthwaite. Visitation: 3 to 4 p.m. Saturday prior to the service at the funeral home. A reception will follow the service at 6 p.m. at Shady Valley Country Club. Memorials: Memorial gifts may be made to the Democrat Cemetery Association in care of Wade Family Funeral Home. Yvonne was born on Dec. 29, 1927 in Mills County, the second child and only daughter of Silas and Mary A. Shelton Stevens. She lived with her parents and two brothers, Garland and Mac, on the family ranch in Mills County where she helped with running the ranch, and rode her horse to school. She often told her granddaughters the story of how she would ride to school in such cold weather that she would have to be pried from a frozen saddle upon arrival. Yvonne met her husband, Oreste Vincent "Rusty" DiSciullo, when Rusty was stationed at Camp Bowie near Brownwood. They married in Massachusetts in July 1947. Yvonne and Rusty returned to Texas in 1951, where Yvonne helped Rusty launch his engineering firm from a downtown Arlington apartment. Yvonne and Rusty had three children, Steven, Linda and Victor. She took great pride in continuing to oversee her parents' land as a working ranch throughout her life. She had a keen eye for detail and a natural sense of design principles that she exhibited in her meticulously decorated homes. Her independent spirit and curious mind motivated her to travel extensively throughout the United States and Europe. Yvonne was preceded in death by her parents, Silas and Mary Stevens; and her elder brother, Garland Stevens. Survivors: Husband, Rusty DiSciullo; son and daughter-in-law, Steve and Sally DiSciullo; daughter and son-in-law, Linda and Doug Fulton; son, Victor DiSciullo; two grandchildren; two stepgrandchildren; one great-grandchild; three stepgreat-grandchildren; brother and sister-in-law, Mac and Katie Stevens; and many nieces and nephews. Wade Family Funeral Home Arlington, 817-274-9233