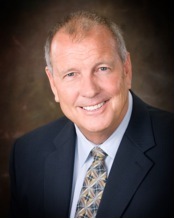 ARLINGTON -- Daniel C. Mohorc, 64, died Saturday, July 23, 2016. Memorial service: Daniel C. Mohorc's life will be celebrated at 11 a.m. Saturday, July 30, at Gateway Church Grand Prairie. Interment: Dallas-Fort Worth National Cemetery at a later date. Arrangements are being handled by the Wade Family Funeral Home of Arlington. Memorials: In lieu of flowers, memorial gifts in Mr. Mohorc's memory may be made to Family Life at https://donate.familylife.com/memoriam/. Mr. Mohorc was born in St. Louis, Mo., and attended college at Southeast Missouri State University. He served his country in the United States Army as the Vietnam War came to a close. Mr. Mohorc was president and CEO of Galactic Companies, a successful full-service performance solutions company that he created in 1992. Galactic has established a reputation for innovation and earned the Dallas Top 100 Award for growth and achievement in four consecutive years and was also voted Arlington's Employer of the Year in 2002. Galactic has never strayed from its core belief that "people do business with people," which is reflected in the company's ongoing commitment to deliver marketing solutions that are truly "Beyond the Ordinary." He loved his community and was committed to giving back. Through the Arlington Chamber of Commerce, he focused on bringing economic growth to the city. He was also deeply committed to the Boys and Girls Clubs of Arlington, the YMCA, and Mission Arlington. Mr. Mohorc's most important relationship was with his Creator. He participated in Bible Study Fellowship for many years and was wholly committed to the mission of Family Life ministry based in Arkansas. The family worships at Gateway Church Grand Prairie. He was preceded in death by his parents, George and Lorraine Mohorc; brother, Robert; and brother, David. Survivors: He leaves his beloved wife, Kelly; his son, Benjamin; and daughter, Riley. As youngest of seven, he also leaves sister, Joan Nelson; sister-in-law, Carol Mohorc; sister, Nancy Wickersheim and husband, Dave; brother, Joe Mohorc; brother, John and his wife, Susan. He is also survived by his mother-in-law, Patricia Sharp. Wade Family Funeral Home Arlington, 817-274-9233