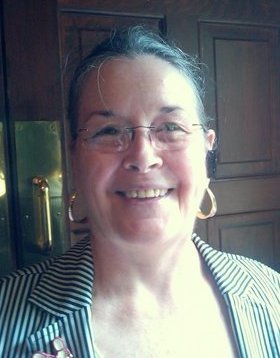 PROVIDENCE, R.I. -- D'Anna Denby Soehnge, 70, passed away Monday, Sept. 28, 2015. Memorial service: 1:30 p.m. Saturday, Oct. 17, at Wade Family Funeral Home, 4140 W. Pioneer Parkway, Arlington. Memorials: In lieu of flowers, those who wish may send donations to Philip Hulitar Inpatient Hospice Center, 1085 N. Main St., Providence, R.I. 02904. D'Anna was born March 1, 1945, to Frank Hunter Denby and Will Marie Allen Denby in Fort Worth, where she attended George Clark Elementary and Daggett Junior High and graduated from Paschal High School. She will be mourned by many friends and business associates who admired and respected the honesty, integrity, forthrightness and generosity she demonstrated throughout her life and career which began at an early age teaching dancing at The Leito Dance Studio. She worked at General Dynamics in Fort Worth having a need-to-know security clearance. The majority of her professional life was in human resources and labor relations; beginning as a clerk, becoming a human resources director at S.B. Foote Tannery, then a vice president of human resources and labor relations at Providence Gas and finally ending her career at First Student as regional director of human resources and labor relations for Rhode Island, Massachusetts, New Hampshire, Connecticut and Vermont. D'Anna loved to sing and dance and her family members were her greatest treasure. She had an empathy for people and mentored many to more productive emotional, spiritual and professional lives. She sought truth and looked for the best in those around her giving her the perfect foundation from which to teach conflict resolution. She represented Southern Union Gas in court with the blessing of the Texas Bar Association. Survivors: She leaves a husband, Walter Soehnge; sons, Bob Soehnge of Arlington and Frank Soehnge of Lincoln, R.I.; grandchildren, Devon and Samantha; beloved sisters, June Marie Denby Sprott and Merry Denby Ralph, both of Texas; loving nieces, nephews and cousins abound; daughters-in-law and friends, Cheryl Merchant Soehnge of Lincoln, R.I., and Linda Ruth Soehnge of Arlington; and stepsiblings, Barbara Ricketts of Houston, Lois Ingram of Taos, N.M., and Blaine Ricketts of California. Wade Family Funeral Home Arlington, 817-274-9233