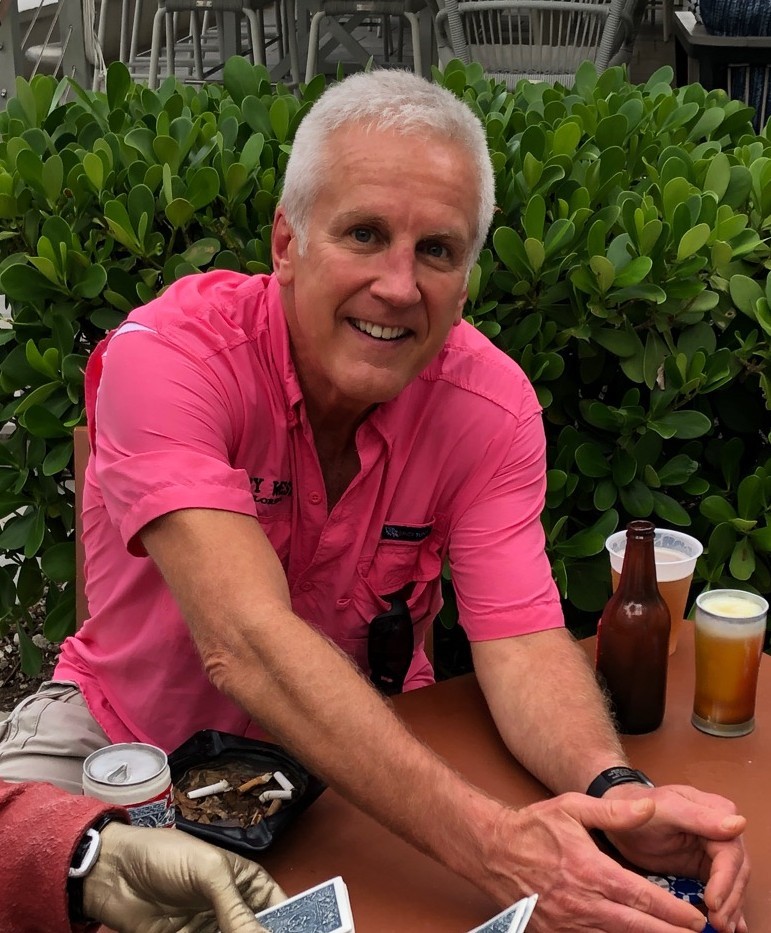 Craig Schrock was born November 8, 1959, in Kendallville, Indiana to parents William “Bill” Schrock and Joan Troyer Schrock. He was the oldest of three boys and spent his youth in Fort Wayne, Indiana before experiencing the world.

As a young man, Craig served in the United States Army 82nd Airborne Division as a paratrooper. His deployments included the Sinai Peninsula and Grenada. After honorable discharge from the Army, Craig moved to Arlington, Texas where he attended the University of Texas at Arlington (UTA) earning his bachelor’s degree in accounting. Throughout his esteemed career as a CPA, Craig served in various capacities – Public Accounting, Internal Audit, and Controller that culminated in the position of CFO for American Meat Companies.

Craig met Rhonda (Sobieski) on the University of Texas at Arlington campus in 1987, and thus began their fairytale love story. On April 21,1990, Rhonda and Craig were married and later completed their family with two children, Bailey, and Adam, both his pride and joy! Craig’s family was the center of his universe. He woke up daily to the smile of his wife lying beside him and fell asleep each night completely content in the love he felt for his wife and children. Craig and Rhonda experienced more love in one year than most have in a lifetime and were blessed to have 35 years of it.

Craig loved his family deeply, was a student of history, enjoyed listening to NPR and exercising, especially riding his bicycle. Craig loved travelling, experiencing new ethnic cuisine, and frequenting “dive restaurants.” However, he most enjoyed spending time with his family and dog, Cali.

Craig was a trusted confidant and beloved leader, always inspiring and encouraging those around him.

Preceded in death by his father, William Schrock and father-in-law, Jerome Sobieski.

In lieu of flowers, please consider a donation to support one of Craig’s chosen charities: