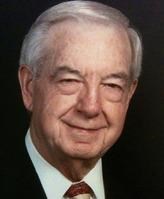 Clifford Alton Smith went to be with our Heavenly Father on February 24th, 2022. He was born in Sweetwater, Texas to Myrtle May Trimm Smith and Claude Cecil Smith on January 7th, 1934.
Clifford was a great man of faith and a passionate member of First Baptist Church in Arlington for over 50 years. He was always lending a helping hand whether it was at serving at Mission Arlington or giving back to his community.
As a young man, Clifford was a hardworking and dedicated person. He ensured his family, especially his siblings were always taken care of. Clifford continued to show his passion for helping others through his time of service in the United States Air Force.
After Clifford finished in the Air Force, he worked his way through school at the University of Texas. He loved his time in Austin, Texas and often shared many fun memories he had there. He never missed a Saturday football game cheering on his Texas Longhorns.
On June 14, 1953, his life would change forever. Clifford married Karen Yvonne Padgett Smith. The two were married for 67 wonderful years. Clifford absolutely adored his wife, Karen, they truly had a special kind of love. Karen and Clifford had a daughter, Kimberley, on January 10th, 1965. Clifford was an amazing daddy to Kim and was always there to support her through everything.
But one of Clifford’s all-time favorite roles that he got to play in his lifetime was being “Dodad” to his two granddaughters, Paige and Rebecca. Clifford would drop anything to be there for his girls. Whether it was cheerleading competitions, horse shows, or school events Dodad was always there cheering them on.
Clifford was an amazing man filled with love, faith, and dedication. He will truly be missed.
He is preceded in death by his mother, Myrtle Trimm Smith, sisters: Marie Blackwell, Juanita Monroe, and Oleta Well, father, Claude Smith and his wife, Karen Smith. He is survived by his daughter Kimberley and son-in-law James Marr; and grand-daughters, Paige and Rebecca.
In lieu of flowers, the family asks that a donation be made in Clifford’s honor to Mission Arlington. This organization continues to help and empower the people of Arlington, TX.
(Can make Donation on Wade Obit page.)