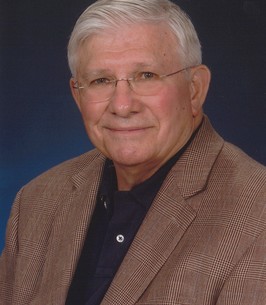 Gary was born August 11, 1942 in Longview, TX to Clayton Guy Dye and Syblene Womble Dye.  In his early life, Gary lived in several East Texas towns, Bridgeport, TX and eventually Lindsay, OK, where he graduated high school in 1960.  He attended Oklahoma State University for two years then moved to Arlington in 1962 where he received his B.S. in Microbiology from Arlington State College, now UTA, in 1966.  He graduated from Texas A&M School of Veterinary Medicine in 1969 and returned to Arlington where he began practicing at Cooper Street Animal Clinic.  Gary established Arlington North Animal Clinic in 1971 where he practiced until his retirement in 1996 due to a hemorrhagic stroke.  Gary continued to own and operate his clinic until the end proudly celebrating 50 years in business before its pending closure next month.

Gary married Elizabeth Anne Thompson of Fort Worth in June 1971 and they celebrated 50 years of marriage together in June 2021.  They had two children, Allen in 1974 and Emily in 1976.  Gary was an excellent, caring, and involved father to Allen and Emily and an adoring grandfather to his 6 grandchildren.

Gary enjoyed giving back to his community through service and a variety of philanthropies.  He established a professorship at UTA in 2012, funded a family room at the Arlington Life Shelter, and was honored as Philanthropist of the Year by UTA in 2016 and Christ’s Haven for Children in 2019.  Gary was a past president of the Tarrant County Veterinary Medical Association, a Mark Francis Fellow at Texas A&M, a life member of Tarrant County Veterinary Medical Association and Texas Veterinary Medical Association, a former board member of the Morris Animal Foundation, and former director of Tarrant County Veterinary Research Corporation.  He was a proud member of the Downtown Arlington Rotary for 42 years, conducted orientations for new members, was a Paul Harris Fellow, and was chosen as the Distinguished Rotarian of the Year for 2007-2008.  He received the Rotary Wheelchair Foundation Hope, Mobility, and Freedom Award in 2012.  Gary was a member of North Davis Church of Christ where he was a Deacon, served as Facilities Use Coordinator, and a long time volunteer of the Hearts & Hands ministry.  Gary and his wife, Anne, also served as coordinators of the North Davis pre-school department.

Gary is preceded in death by his parents and brother Larry Dye.  He is survived by his wife Anne, son and family, Allen, Michelle, Lola, Sophia, and Scarlett Dye, daughter and family, Emily, Caine, Canon, Gray, and Piper Cambron, sister Rita and husband Bob Thompson of San Antonio, and many cousins, nieces and nephews. 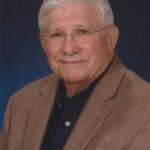