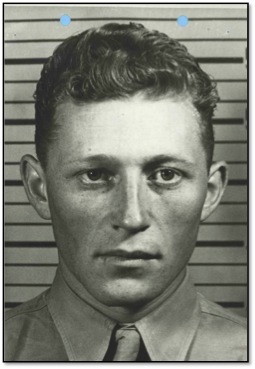 Private First Class (“PFC”) Clarence E. Drumheiser was killed in action in World War II on November 22, 1943 during the third day of combat on the Pacific Island of Betio, Tarawa Atoll, in the Gilbert Islands. Service: PFC Drumheiser will be buried with full military honors at the Dallas-Fort Worth National Military Cemetery on Friday, December 7, 2018. He enlisted in the U.S. Marine Corps on February 10, 1942. Prior to the battle at Tarawa, PFC Drumheiser also fought with his Marine Corp Division at Guadalcanal. At the end of the war the United States began the task of returning its war dead from all wartime theaters. Due to the confusion of the battle at Tarawa, PFC Drumheiser' s remains became unidentified. His remains were sent back to the continental United States in 1947 and interred as an “unknown” in the National Military Cemetery of the Pacific, Honolulu, Hawaii. In January, 2017 the Defense POW/MIA Accounting Agency (“DPAA”) exhumed PFC Drumheiser's remains for examination in order to apply new methods of identification. Subsequently, on April 6, 2018 the DPAA was able to determine that the remains under examination were those of PFC Drumheiser. Clarence E. Drumheiser was born on February 28, 1922 in Fresno California. He was a brave and valiant Marine who gave his life at the young age of 20 in the defense of the country he loved. He was awarded the Purple Heart and his Marine Corp Division was awarded the prestigious Presidential Unit Citation for bravery and valor at Tarawa. He is survived by his sister, Sally (Drumheiser) Logan and several nieces and nephews. Wade Family Funeral Home 817-274-9233