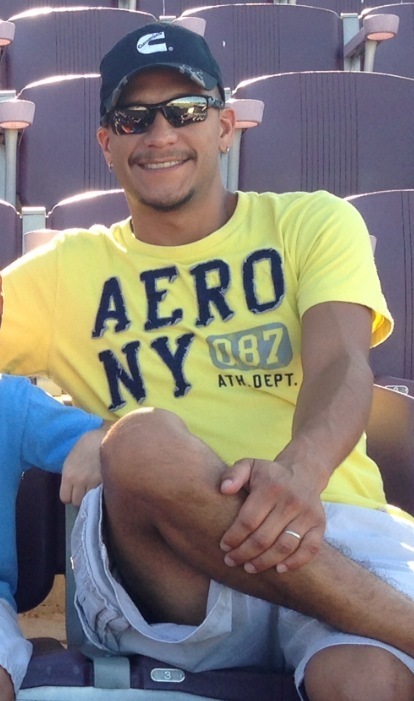 Christopher Perez, 36, was called to heaven on May 11, 2014, in San Angelo, Texas. Feel no guilt in laughter, he'd know how much you care. Feel no sorrow in a smile that he is not here to share. You cannot grieve forever; he would not want you to. He'd hope that you could carry on the way you always do. So, talk about the good times and the way you showed you cared, The days you spent together, all the happiness you shared. Let memories surround you, a word someone may say Will suddenly recapture a time, an hour, a day, That brings him back as clearly as though he were still here, And fills you with the feeling that he is always near. For if you keep those moments, you will never be apart And he will live forever locked safely within your heart. Christopher was born to and survived by parents: Santos Perez Jr and Connie Perez, in Dimmitt, Texas on February 13, 1978. Christopher graduated from Dimmitt Senior High School in 1996. He was married on February 14, 2005, and is survived by his wife Deidra Perez of Arlington, Texas. Christopher is survived by three sons Christopher Corbin Perez, 11 years old, Christopher Taylor Perez, 9 years old, and Christopher Dominic Perez, 7 years old, all of Arlington, Texas. Christopher is also survived by Santos Perez III, brother, and sister-in-law Deeann Perez and nephews and niece: Jonathon, Isais, Isaac, and Nina; Deidre Perez, sister, and brother-in-law Eric Enriquez and nephews and niece: Daunte, Romeo, Cameron, Ethan and M'kla, all of Dimmitt, Texas. Christopher began working at Corley Freightliner of San Angelo, Texas as a service manager in March of 2007. He was able travel frequently on behalf of the company visiting, California, South Carolina and Florida in the past year. He was an avid family man and enjoyed spending time and bar-b-queuing with his boys, wife, family and friends. Preceded in death by his grandfather Santos Perez Sr, Grandmother Marcelina Perez, Grandfather Margarito Sanchez, Sister Kristie Renee Perez, Aunt Viola Fouse, and Cousin Blake Moreno. Services will be held at the Wade Family Funeral Home at 4140 West Pioneer Pkwy., in Arlington, Texas at 1:00 PM, on Thursday, May 15, 2014. The 1996 graduating class of Dimmitt Senior High School has set up a fund in honor of Christopher for his sons. For more information, please contact asanchezjjj96@gmail.com or cicelyreyna@hotmail.com