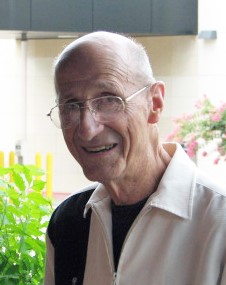 “Charley” was born on Friday the 13th of April 1923 in Mackinaw Illinois. A man of faith, he peacefully went to be with our Heavenly Father on March the 9th 2022. As a young boy he worked during the depression with his brother John and two sisters Catherine and Mary on the family dairy farm. Charley turned 18 years old on April the 13th 1941 and after the events on Dec 7th of that year he was inducted into the Army where he became a Communications Officer and Morse Code Expert. He was Honorably discharged after the war was over having earned the rank of Master Sergeant. Charley was a lifelong Democrat and tirelessly worked hard to take care of his family. In his retirement he enjoyed watching his grandsons play sports, gardening, playing music and especially playing golf. He was preceded in death by his wife of 56 years Rose Windbiel Porter. He is survived by his Daughter Mary Kennedy and her husband Charles Kennedy, his son Norman Porter and his wife Michelle Porter, his grandsons Walter Lyman Kennedy and Spencer Charles Porter and a great grandson Wyatt Kennedy. The Family visitation will be held on Sunday, March 27th from 3:00 pm to 5:00pm at the Wade Funeral Home located at 4140 West Pioneer Parkway Arlington TX. A private family graveside service will be held the following week as he is laid to rest with Rose at the National Cemetery in Dallas. In lieu of flowers or donations please share a special moment in his honor with your family.