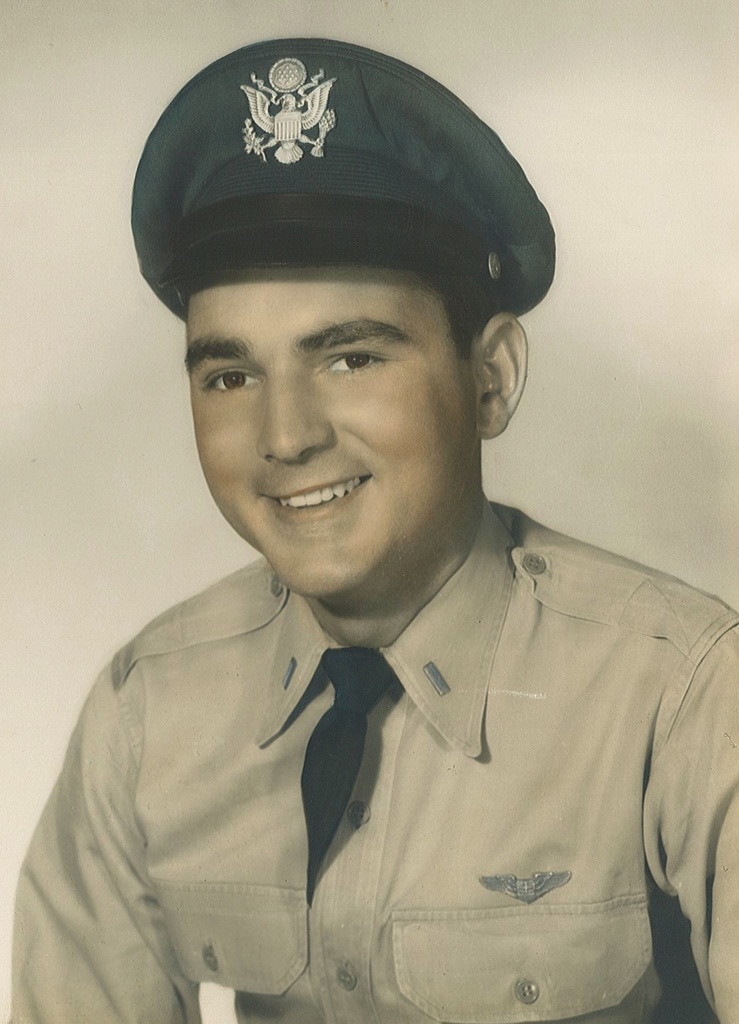 ARLINGTON -- Charles Herbert Pyle Jr., 85, a retired U.S. Air Force major and command pilot, passed away at home on Saturday, Jan. 25, 2014, in Arlington. Visitation: 6 to 8 p.m. Wednesday at Wade Family Funeral Home, 4140 W. Pioneer Parkway, Arlington. Interment: He will be inurned at 10:15 a.m. Friday in Dallas-Fort Worth National Cemetery, Lane B. Charles "Herb" Pyle Jr. was born Jan. 22, 1929, in Nevada, Mo., to Charles H. Pyle and Evelyn Rebecca Pyle. He attended Nevada High School where he was student body president, captain of the football team, and set many conference records in track and field, placing second in Missouri for the 440-yard dash during his senior year. He accepted a full athletic scholarship for football and track to the University of Missouri. During his time at at the university, he enlisted in the National Guard. Upon the outbreak of the Korean War, Herb joined the U.S. Air Force and entered the aviation program. Upon graduation he earned wings and a commission as a second lieutenant from the All Weather Intercept program. His first assignment was to Kinchloe Air Force Base in Michigan where he met and fell in love with Florence Arlene Fogelsonger. They were married June 12, 1954, in St. Ignace, Mich. Shortly thereafter, he entered the U.S. Air Force Pilot Training Program and after earning his pilot's wings, he was assigned to the KB-50 air tefueling dquadrons at Yokota, Japan, Langley, Va., and Sculthorpe, England. During his nine years flying KB-50 tankers, he was heavily involved in the development of the Tactical Air Command Mobile Response program; whereby fighters and bombers could be deployed worldwide instantly with the aid of air-to-air refueling. His next assignment in England was as military flight service controller for England, Norway and the North Atlantic. Upon completion of his tour in England, he was sent directly to Vietnam as a forward air controller flying a Cessna O-1 Birddog, which he used to direct fighter/bomber air strikes while flying low over the target. During his tour, Herb flew over 803 combat missions at or below 1,500 feet. Herb's aircraft was hit numerous times and even shot down once. As a result of his expertise and bravery he was awarded several medals, including the Distinguished Flying Cross, 18 different air medals, the Purple Heart and many Vietnam-specific decorations. Upon completion of his Vietnam tour, he was back in air refueling and assigned to Beale Air Force Base in California flying the KC-135, which were dedicated to supporting the SP 71 (Blackbird) reconnaissance program. After retiring from the military in 1971 at the rank of major, Herb moved his family to Arlington and was employed by GMAC as a heavy duty truck and leasing specialist until retiring in 1994. Herb spent his retirement years enjoying time with his wife, children and grandchildren. He attended various military reunions and events throughout the country. Survivors: His loving wife of 60 years, Arlene Pyle; daughters, Linda Blackman and husband, Mark, of Fort Worth, Susan Rowell and husband, Dean, of Calgary, Alberta, Canada, Kathy Pyle of Arlington and Lori Robinson and husband, Jack, of Weatherford; grandchildren, Amanda Blackman and Jerod Blackman of Fort Worth and Jenny Rowell and Benjamin Rowell of Calgary, Alberta, Canada; brother, Steve Pyle of Nevada, Mo.; and sisters, Mary Feller of Nevada, Mo., and Judith Capps of Joplin, Mo. Wade Family Funeral Home Arlington, 817-274-9233