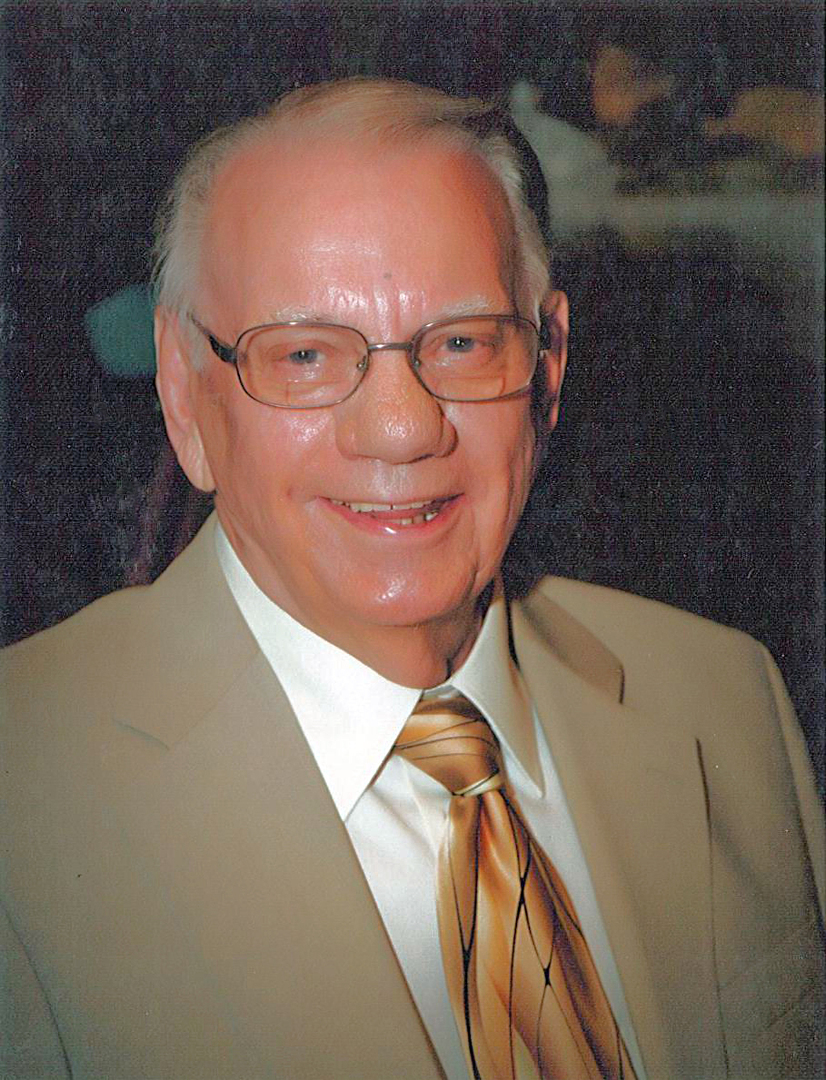 ARLINGTON -- Charles Robert "Chuck" Dickinson, 82, transcended from his earthly body to his heavenly body Saturday, Oct. 25, 2014, at a local hospital due to complications from a heart attack suffered on Aug. 29. Service: 1 p.m. Wednesday, Nov. 5, at Fielder Church, Small Chapel, 2011 S. Fielder Road at Pioneer Parkway, Arlington. Interment: Moore Memorial Gardens, Arlington. Memorials: May be made to a favorite charity. Chuck was born to Carl and Vivian Dickinson on Aug. 17, 1932, in Nashua, N.H. He spent his early years in New Hampshire and Connecticut, where he was active in Boy Scouts of America and attained the rank of Eagle Scout at age 15. Although he enjoyed a very active and interesting childhood along the seashore, hiking and biking in historical New England, he was pleased when his family moved to Arlington. Chuck entered the 10th grade at Arlington High School and graduated with the Class of 1950. Arlington was a small community then and he was proud to be a part of Arlington and participate in its growth throughout the years. He continued close friendships with many of his classmates from high school and college throughout his life. After attending Texas A&M and the University of Texas for several semesters, he entered the U.S. Navy in 1951 and was honorably discharged in 1953. He served aboard the USS Dixie. Chuck graduated from Southern Methodist University in 1959 with a degree in mechanical engineering, following his family's tradition. He successfully matriculated the requirements and earned accreditation as a registered professional engineer in Texas. Chuck's entire professional career was spent in various phases of engineering in the construction area. He started Capri Plumbing, specializing in commercial plumbing, in 1998. Most of Capri's projects involved schools, libraries, churches and medical facilities. Chuck was a very competitive and challenging tennis player. He played with a group of friends year-round at the TCU Tennis Center for over 25 years. He also enjoyed a casual game of golf and was pleased when he shot a hole-in-one in 2000. Life was good to Chuck and he was able to enjoy many years of good health. He and Pat were able to travel to special places within the U.S. and enjoyed cruises to the Caribbean, Alaska, New Zealand and Australia. He started each day by reading his Bible, an inspirational reading and prayer. Most of all, he was a caring husband and was proud to be the father and a friend to his daughter, Sabrina, whom he loved dearly and unconditionally. Chuck was preceded in death by his parents; sister, Pat Herndon; and a nephew, Jerry Lee Verot. Survivors: His wife of 54 years, Pat; daughter, Sabrina Angela Dickinson West. In addition to his wife and daughter, Chuck is survived by a cousin, Elaine Lavery of New Hampshire, and members of the Freeman family, all of whom loved him dearly from the time of his marriage to Pat. They are his sister-in-law, Vanita Lee; brother-in-law and sister-in-law, Larry and Rose Mary Freeman of Friendswood; nephew, Robert Verot; niece, Lorie Ann Leger and husband, Mark; grandnieces, Melease and Shelby of the Houston area. He is also survived by special family members by friendship, Mary Elizabeth Luton Turk of Lake Canyon and her son, Michael Marshall of Dallas; and the entire family of Dr. Bobby G. and Shirley Smith of Arlington. Wade Family Funeral Home Arlington, 817-274-9233