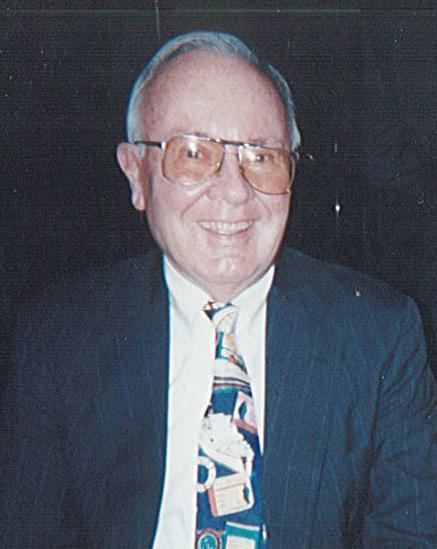 ARLINGTON -- Bruce Swope Goodyear, 86, passed away suddenly on Tuesday, July 15, 2014, at an Arlington hospital. Memorial service: 11 a.m. Monday at Wade Family Funeral Home, 4140 W. Pioneer Parkway, Arlington. Inurnment: At a later date in Orange, Va. Memorials: Memorial gifts may be made to a charity of one's choice. Bruce was born July 4, 1928, in Harrisburg, Pa. After graduation from high school in 1946, he joined the United States Marine Corps Band, the President's Own, in Washington, D.C. In 1951, Bruce was employed by American Airlines for 42 years, where he worked at Washington National and Dulles International airports, was regional sales manager in Tulsa, Okla., in the 1970s and then completed his work with American in their Fort Worth headquarters as manager of advertising and sales promotion, coordinating those activities in Europe, Latin America, and Asia. Following retirement in 1993, he and his wife Betty remained in Arlington. Survivors: His wife, Betty of Arlington; and daughter, Jill Goodyear Silver and husband, Robert, of Tampa, Fla.