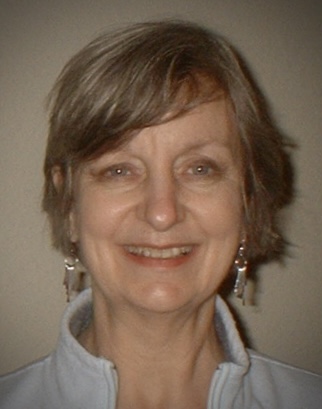 Bonnie’s children will receive guests and serve light refreshments at a reception in Belle Hall at Wade Funeral Home, 4140 West Pioneer Parkway, Arlington, Texas, Tuesday, January 10, at 9 a.m. Funeral will follow at 10 a.m. in the Wade Funeral Home Chapel. Graveside service will be held at Whitney Memorial Park, Whitney, Texas, at 1 p.m., following the funeral. Flowers are appreciated, and donations may be made to Hospice of East Texas, Northwest Church of Christ (Arlington), or The Dallas Arboretum.

Bonnie was born to William Douglas and Ruth Ferguson Stewart on October 17, 1944, in Clifton, Texas. She grew up in the farming community of Towash, near Whitney. When Bonnie was 14, she began working at the small downtown Whitney hospital, assisting the one registered nurse on staff. She graduated from Whitney High School in 1963, Hill Junior College in 1965, and from Hillcrest School of Nursing in Waco at the top of her class, in 1967. Bonnie worked as a registered nurse while raising her children and serving at every church where she lived – Whitney; Dickson, Tenn.; Bay St. Louis, Miss.; Texarkana, Texas; Arlington; Tacoma, Wash.; and in multiple cities as a travel nurse. She taught classes, spoke and trained staff at seminars and conventions, particularly in the field of peritoneal dialysis. All together, she worked in healthcare for 58 years. During her marriage to Douglas Lowrance, she raised their five children, worked as a registered nurse and served in numerous capacities at church congregations, from hosting families in her home to teaching children’s classes to serving in the bus ministry. Bonnie loved historical architecture. She especially loved decorating the homes she lived in, including the parsonage on Center Ave. and the Cowan House, both in Dickson. She frequently hosted dinners and parties, made clothes for her children and beautified any space by adding her own touches: fresh flowers, dishes set out or furniture arranged just so. Bonnie’s gift was making her environment look and feel better than it did before.
In 1993, she married Maurice Smith, the love of her life. Together, they served in churches, remodeled houses and worked in mission clinics in the Caribbean and West Africa. They were married for 21 years. After retirement, she enjoyed decorating houses for clients under the business name “Make It Do.” Additionally, she volunteered as a docent at the Dallas Arboretum, hosting tours of the Degolyer House.

Bonnie loved her grandchildren and enjoyed attending their plays and sporting events. She enjoyed taking them to museums and parks. She loved walking trails and yoga classes, consignment shops and estate sales, church services at Northwest Church and the Tuesday night music and compline gatherings at St. Alban’s Church.

In her final days, Bonnie asked to be dressed up. She requested specific clothing, hair gel, shoes, jewelry and makeup.
“Are you getting ready for a date?” one of her daughters asked.
“Yes I am,” she said. “I have a date with Jesus.”