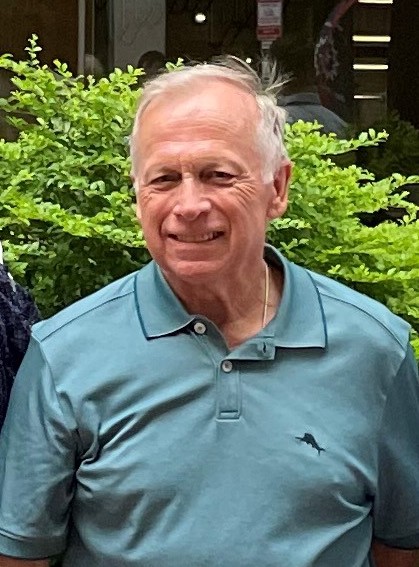 Born in: Fort Worth, Texas
Resided in: Mansfield, Texas

Bill was born on July 3, 1954 in Fort Worth, Texas. His love of Fort Worth never wavered as he grew up surrounded by family. He got started in the plumbing supply business at a young age, following in the footsteps of his father, quickly finding his love for the business. He worked in the plumbing business for 47 years and had been manager of the Moore Supply Arlington store for the last 17 years. He had a love for his job and his team. Bill met Wendy at the beginning of 1989 and married her 5 short months after they met. The following year they had their first child, Christina in 1990 followed by their second child, Kelton, in 1992.  They resided in Houston and in the Fort Worth area all of their married life, where they enjoyed building 3 of their homes and raising their family. Bill dedicated his life to his family and always approached his family with a selfless attitude. He dropped everything to help Wendy during her cancer treatments; her battle with cancer was lost in January 2022. After losing her, God used the opportunity to work in Bill and his faith only grew stronger, he started reading many spiritual and devotional books, going to church regularly again, and regaining his love for life. He spent these last nine months loving on his two grandchildren, his daughter and son, getting back to working regularly, bonding with family and catching up and enjoying time with old friends. He had many plans and hopes for the future; little did we know God had greater plans for him in heaven with Wendy.

Bill was preceded by his wife Wendy, his father, Paul, his mother Tootsie, and his sister Cindy. He was survived by his daughter Christina, son-in-law Josh, grandchildren Luke and Lilliana and his son Kelton. Also, his sister, Sheri and Doug Brittain, and children, Randi and Jay with their children Hattie and Lottie Cain, Ashley Cole and Hali, Hudson and baby Madi Mahaffey. Also, his sister, Cathy, and son Bo, Lauren and children, and niece Carey, son Rhett and brother Hank.

The family would like to express their deepest gratitude to ALL that have supported them during this time. Your prayers have been appreciated and felt beyond words.