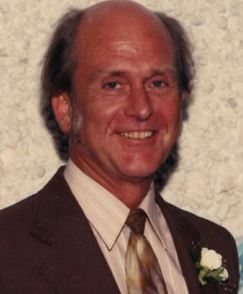 William was born on June 4, 1936, and grew up in San Antonio, TX. William attended Southwest High School where he later taught Vocational Agriculture and Horticulture.

William and Georgina, a match made in heaven, married April 4, 1959. William joined the U.S. Coast Guard immediately after marriage and served as a radioman at sea. Upon completing his service in the Coast Guard, William & Georgina moved to Texas while William obtained his bachelor’s degree from Texas A&M University, and the two started their family. William completed a master’s degree at Sam Houston State University while Georgina cared for their children and served as a very loving and active member of their community.

William & Georgina were stewards of the Peacock farm in Atascosa, TX for over 40 years after inheriting it from his mother’s parents, Charles & Lucy Peacock. William & Georgina are viewed by all as the kindest people and spent their lives helping family, friends and those in need. They were members of the Lytle Methodist Church and lived a servant life to help others. Their greatest accomplishment was all they did to give back to others and the legacy they leave in their family. William and Georgina spent their later years in Arlington, TX so that they could be close to their grandchildren and great grandchildren.

They will be laid to rest together surrounded by their immediate family at Lytle Cemetery on March 18, 2022, at 12pm.