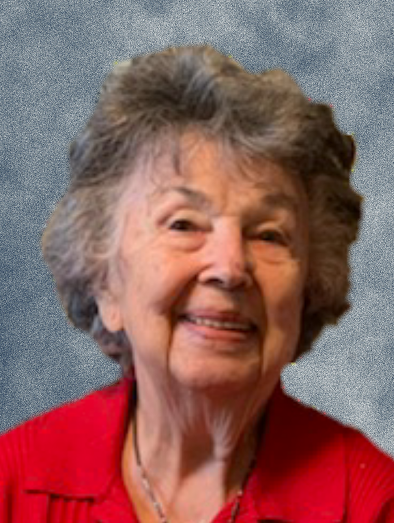 Beverley Lynn Duncan Goode, 90 wonderful years, and dearly loved wife, mother, sister, GG and friend, passed away at home in Arlington, Texas, on January 14, 2021, after a short illness. Memorial Service: A private memorial service will be held at a later date. Memorials: Donations in Beverley's memory can be made to your favorite local charity. Beverley was born in Chehalis, Washington, on September 17, 1930, to Harry C. Duncan and Dorothy N. Sorg. Her childhood was spent in Washington and Oregon and she graduated from Stadium High School in Tacoma, Washington. While attending Central Washington College of Education in Ellensburg, Washington, she met Edward Joseph Goode and they married on November 17, 1951. Beverley taught elementary school in Issaquah, Washington, and then in Orange County, California, where Ed was enlisted in the U.S. Marine Corp, stationed at El Toro. Upon his discharge in 1954, they moved to Fullerton, California, with their daughter Valerie, and Beverley continued her teaching career. In 1958 her vocational focus evolved to full time family-household coordinator when their sons, Steven and, soon after, Craig joined the Goode Guys. Ed's job with B.F.Goodrich moved them to Tuscaloosa, Alabama in 1960, (where their son, Edward Thomas “Ted”, was born); in 1965 back to Orange County, Brea, California; and then, in 1970, across the country to Fort Wayne, Indiana. Their final career move took them to Tallmadge, Ohio. Each time the family was transplanted, Beverley made sure they became an active part of that community's school, church, recreational and neighborhood activities. Her kind hospitality created a welcoming home and lifetime friendships were created and nurtured at each stop in their journey. Retirement gave Beverley and Ed the opportunity to choose where they would make their next home. They fell in love with the desert, mountains and art of the Tucson region and made their home in Oro Valley, Arizona. Beverley enjoyed everything about the southern Arizona desert, especially her backyard view of the Santa Catalina Mountains. Playing golf, sewing, finding new recipes to share, volunteering, traveling, entertaining visitors, cultivating many more wonderful friendships and enjoying a cocktail “when the mountains turn pink”, filled her days there for 23 blissful years. During that time, they often returned to the Northwest, near Puget Sound and Lake Sammamish, enjoying visits with family and friends, views of Mount Rainier and fresh oysters. In 2017, Beverley and Ed moved to Arlington, Texas, where they were able to complete their life's journey living closer to their children and grandchildren. Beverley was a true matriarch of her family, and we will each cherish our memories of the unique ways she showed her love, the wisdom of her words and the strength of her spirit. She will be remembered with a smile each time we enjoy hors d'oeuvres, a bowl of oyster stew or a handful of GG's healthy snack mix. Beverley was preceded in death by her parents and, in 2019, her husband of 67 years, Edward. Survivors: Children and their families: Valerie Prange (Bill) of Arlington, Texas; Steven (Erica) of Arlington, Texas; Craig (Melissa) of Prospect, Kentucky; and Edward “Ted” of Tuscaloosa, Alabama. She was affectionately known as “GG” (Grandma Goode) to her 10 grandchildren and five great-grandchildren. She also leaves her brother, Samuel C. Duncan and wife Carol of Beaverton, Oregon, and sister Christine Roccaro-Guntli and husband Stephen of Portland, Oregon. Wade Family Funeral Home 817-274-9233