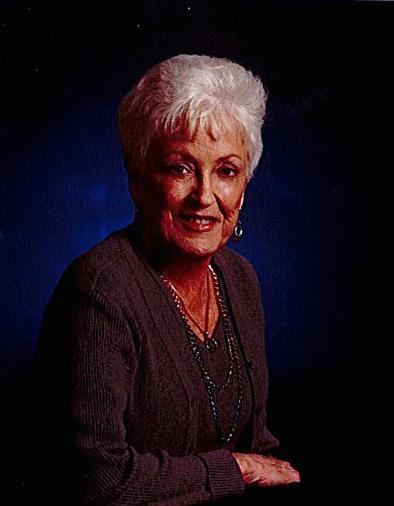 ARLINGTON -- Barbara Syptak Tapp, beloved wife, mother, grandmother, aunt and friend, went to be with the Lord early Saturday morning, April 11, 2015. Funeral: 1 p.m. Thursday at Trinity United Methodist Church, 1200 W. Green Oaks Blvd., Arlington. Interment: Moore Memorial Gardens, Arlington. Visitation: 6 to 8 p.m. Wednesday at Wade Family Funeral Home, 4140 W. Pioneer Parkway, Arlington. Barbara was born Sept. 20, 1942, in Dallas to DeLois and Edward Keating. In 1953 the family moved to Lynda Lane in Arlington, where Barbara attended Westside Elementary. Barbara graduated in 1960 from Arlington High School where she was involved in band and Future Teachers. A special memory is that her father, Eddie, kept the school's mascot, Little Arlie, and took him to all the football games. She grew up in St. Mark's Episcopal Church where her parents were some of the original founders. Barbara graduated from North Texas State University with a degree in elementary education. She was a member of Delta Gamma where she served as president. She loved to dance the North Texas Push and eat coffee cake at the UB. There she met Andy Syptak, whom she married in 1964. They had two children, Paul and Paige. Barbara's early teaching years included teaching preschool and kindergarten at Rabyor School and Pope Elementary in Arlington. After Andy passed away in 1978, Barbara returned to NTSU for night classes, earning a master's degree in administration. She soon became assistant principal at Duff and Little Elementary. She then was named principal at Foster Elementary and later opened Williams Elementary and Pearcy Elementary. She retired in 2004 after 34 years of service to the Arlington Independent School District. In 1988, Barbara married Bill Tapp. They lived in Arlington and enjoyed spending time at Rolling Hills Country Club with friends and family. Barbara enjoyed her NGA (Non-Golfers Association) and Delta Gamma Alumnae and played bridge with the same fun group for over 35 years. She was also involved in PALS (Arlington Life Shelter) and was once in Junior Woman's Club. She was a member of Trinity United Methodist Church and the proud "Ya Ya" (grandmother) of 10 grandchildren. Her hobbies included working in her yard, reading and her watercolor classes. Survivors: Husband, Bill Tapp; children, Paige Naughton and husband, Chris, Paul Syptak and wife, Stesh, Alison Wartsbaugh and husband, Charles, and Brandon Tapp and wife, Michele; and grandchildren, Cal, Brett and Gabe Naughton, Laney, Tatum and Scout Syptak, Gavin and Graeson Wartsbaugh, and Mason and Logan Tapp. Wade Family Funeral Home Arlington, 817-274-9233