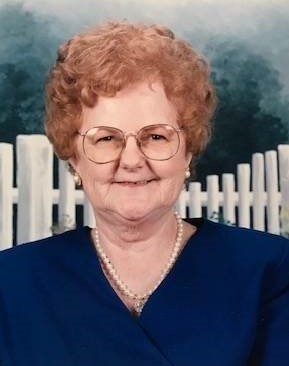 Audrey Irene Wuebben, 84 of Arlington, Texas passed away on Sunday, October 25, 2020. The Rosary will be held at 10:30 a.m. and the Mass at 11:00 a.m. on Thursday, October 29th, at St. Joseph Roman Catholic Church, 1927 S.W. Green Oaks Blvd. Arlington, Texas 76017. The service will be available on the website, stjoe88.org shortly after the service, due to COVID. Burial will follow at St. Ann's Catholic Church in Humboldt, South Dakota, at a later date. Audrey was born March 18, 1936 in Humboldt, South Dakota. She graduated from Humboldt High School. She then worked in a medical office. Audrey married Claude Wuebben in 1957 in Sioux Falls, South Dakota and moved to El Paso, Texas, where he served in the Armed Forces until October 1959. Claude and Audrey moved to Grand Prairie, Texas, along with their two young children. Shortly after moved to Arlington, Texas where 2 additional children were born. She had a gift and talent in playing the piano. Her family and friends enjoyed sing-a-longs to music of the 40s, 50s and 60s. Many of the years with her children were also spent teaching them to ride horses. Audrey's love for horses began at a very young age. She shared this love and knowledge with her children, which became their love as well. In her children's teenage years, they joined the Arlington Hi-Riders 4-H Club to participate in Horse Shows and the Drill Team. She was Drill Captain for many years and proudly watched her group win the 1974 4-H State Championship and many more years, as well as the Olympic National Finals. She enjoyed teaching the youth to perform drill, draw up the drill routine and work with parents in designing costumes from Show Boat to Yellow Roses of Texas to 1976 BiCentennial and many more themes. Thanks to Persis Ann Foster, other professionals, seamstresses and parents, costumes and music were choregraphed to the drill routine.   During this time, she was also a member of the Grand Prairie All Girls Drill Team and rode in the cold Cotton Bowl Parade and many years at the Fort Worth Stock Show Parade. The Drill Team performed at various rodeos around Texas, Oklahoma and as far as Tennessee. Audrey enjoyed making flowers for weddings, homecomings, graduations and other events. She worked for Avon for over 30 years and for Carlton Cards / Summit Stationery at Six Flags Mall, Hulen Mall and Northeast Mall. Audrey was preceded in death by her husband, Claude Wuebben, her parents, Fred Erickson and Margie Erickson Sechser, her son, Brian Wuebben, granddaughter Emily Wuebben, brothers and sister-in-laws, Marvin Erickson and Kay Erickson Johnson and Orville and Rose Erickson and her extended family, Fred and Evelyn Wuebben, Delores Becker (Dewey), Maurice Wuebben (Diane), Norman Wuebben, Richard Wuebben and brother-in-law, Robert Cleveland. Audrey is survived by her three children, Sandra Mitchell, Bruce Wuebben and wife Connie, and Sheri Ferguson and husband Kennon Ferguson; 5 grandchildren, Ashley Lehman (Scott), James Mitchell (Ericka), Suzanne Mitchell, Jackie Wuebben (Josh) and Cydney Wuebben; 5 great-grandchildren, Aiden, Scarlette, Bennett, Hannah and Julian. Her extended family were brother-in-law Charles “Chuck” Wuebben (Phyllis), Ron Wuebben (Mary), Clair Wuebben (Diann) and sister-in-laws Donalda Kolbeck (Gene), Audrey Cleveland and Patricia Wuebben. The family expresses their appreciation to Matlock Place and MCA-Arlington for providing care to Audrey these last four months and to Judi Ivy for the past year or so. Please sign the memorial guest book for Audrey Wuebben at www.wadefamilyfuneralhome.net. Wade Family Funeral Home 817-274-9233