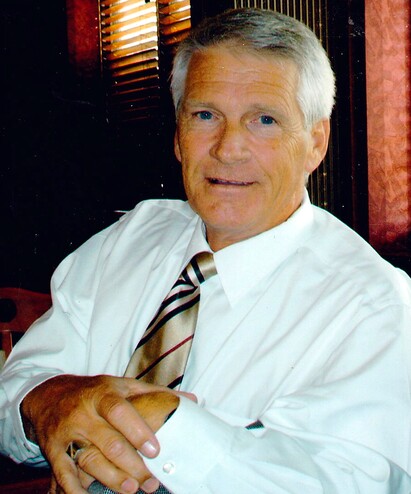 Arcelis “Art” Fluty was born in Williamson, West Virginia on March 8, 1947, to Virgil and Jessie Fluty. He was 75 when he passed away quietly and with his family on Sunday, October 9, 2022.
Art spent his childhood growing up among the hills of West Virginia. His Father was a coal miner and his Mother a homemaker. When he was in junior high school the family moved from Crum, WV to Columbus, Ohio. After graduating high school, Art attended Olivet Nazarene College in Kankakee, Illinois before enlisting in the USAF to pursue a dream of flying. He served in the U.S. Air Force from 1966 until 1970 and again from 1972 until 1975. Art served his country and saw the world with assignments to Yokota Air Base Japan; Cam Ranh Air Force Base in Vietnam; Dyess AFB in Abilene and Clark AFB in the Philippines as a crew chief on the C130 military aircraft. It was during his time stationed at Dyess AFB where he met and soon married Sue Perry. They were married on May 3, 1969 at the Abilene Bible Church.
After serving honorably in the Air Force, Art spent the next 45 years building residential swimming pools in Abilene and Fort Worth. He initially partnered with his father-in-law, Cecil, and then owned his own businesses, before eventually spending the last 25 years as a Construction Superintendent for Pulliam Pools alongside two of his three sons, Andrew & Taylor. Art retired from Pulliam Pools in the fall of 2021.
Art was first and foremost a family man who loved large family gatherings that included good food and much laughter. He was blessed with three sons who gave him four granddaughters and he loved them all. Whether he was playing a round of golf with his sons, helping a friend or family member or fishing with friends & family, Art served as a foundation for those who loved him.
Art is preceded in death by his parents. He is survived by his wife of 53 years, Sue Fluty; son, Jefferson Fluty & wife Andrea of Allen, Texas; son, Andrew Fluty & wife Brooke of Keller, Texas; son, Taylor Fluty & wife Mallory of Arlington, Texas; Grandchildren, Vivian Fluty, Grayson Fluty, Sutton Fluty and Reese Fluty; brother Ervin Fluty of Cleveland, Ohio.
Visitation will be held Monday, October 24 from 6-8 pm at Wade Funeral Home. The funeral service for Art Fluty will be held at 11 am on Tuesday, October 25, at Wade Funeral Home in Arlington, Texas. Burial will follow at the DFW National Cemetery in Dallas.
Memorials in lieu of flowers donations may be made to the Careity Foundation at www.careity.org or the Cystic Fibrosis Foundation at www.cff.org.