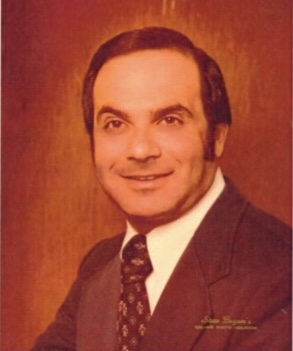 Tony was born on October 4, 1940 in Houston, TX, to Ross and Anne Zinnante (née Schillaci).
Tony graduated from Saint Thomas High School in 1958 and then earned a Bachelors of Art in Music from the University of Houston. Despite being diagnosed with Retinitis Pigmentosa at a young age of 11, Tony continued to pursue his love of playing music throughout his life, performing in many competitions and festivals around the country. Among these events, he performed with the Palmer-Hughes Accordion Symphony at Carnegie Hall, and they performed on the Johnny Carson show. He owned and operated The Zinnante School of Music for approximately 8 years teaching and spreading his passion for the accordion and guitar.
Tony spent most of his career working for Moeller Electric Company as a Regional Manager. He served in many positions over his lifetime, including serving as the President of the Houston Gulf-Coast Affiliate RP Foundation Fighting Blindness, the Chairman of the Board and President of the Phi Kappa Theta Fraternity, and Trustee Emeritus of the PKT Educational Foundation.
In 2007, he moved to Arlington, TX to assist his lifelong friend, Cameron Smith, O.D., open a new optometry practice where he worked as his business manager until his retirement in 2014.
Tony was best known for his musical abilities, encompassing a host of keyboard instruments. He took great joy spending time with his family. Together, they enjoyed making homemade Italian sausage and cuccidatti. Throughout his life, he enjoyed spending time with family at the beach in Galveston, Texas. He was an avid traveler and especially enjoyed his trips to Europe.
Tony was preceded in death by his parents Ross and Anne. He is survived by his sisters, Annette Prokop and Marian Zinnante, MD, and his brother, Vincent Zinnante and numerous nieces, nephews and friends.
A visitation for Tony will be held at the Wade Funeral Home in Arlington, TX in Belle Hall on Monday 11/21/22 from 6-8pm.
A second visitation will be held at Memorial Oaks Funeral Home in Houston, TX on Tuesday 11/22/22 from [6-8pm].
The family invites you to attend Tony’s Celebration of Life service on Wednesday 11/23 at 11:30am at Memorial Oaks, which will be followed by a interment at Forest Parks Cemetery at 1pm.
In lieu of flowers, memorial donations are invited to the Foundation Fighting Blindness or the Parkinson’s Foundation.