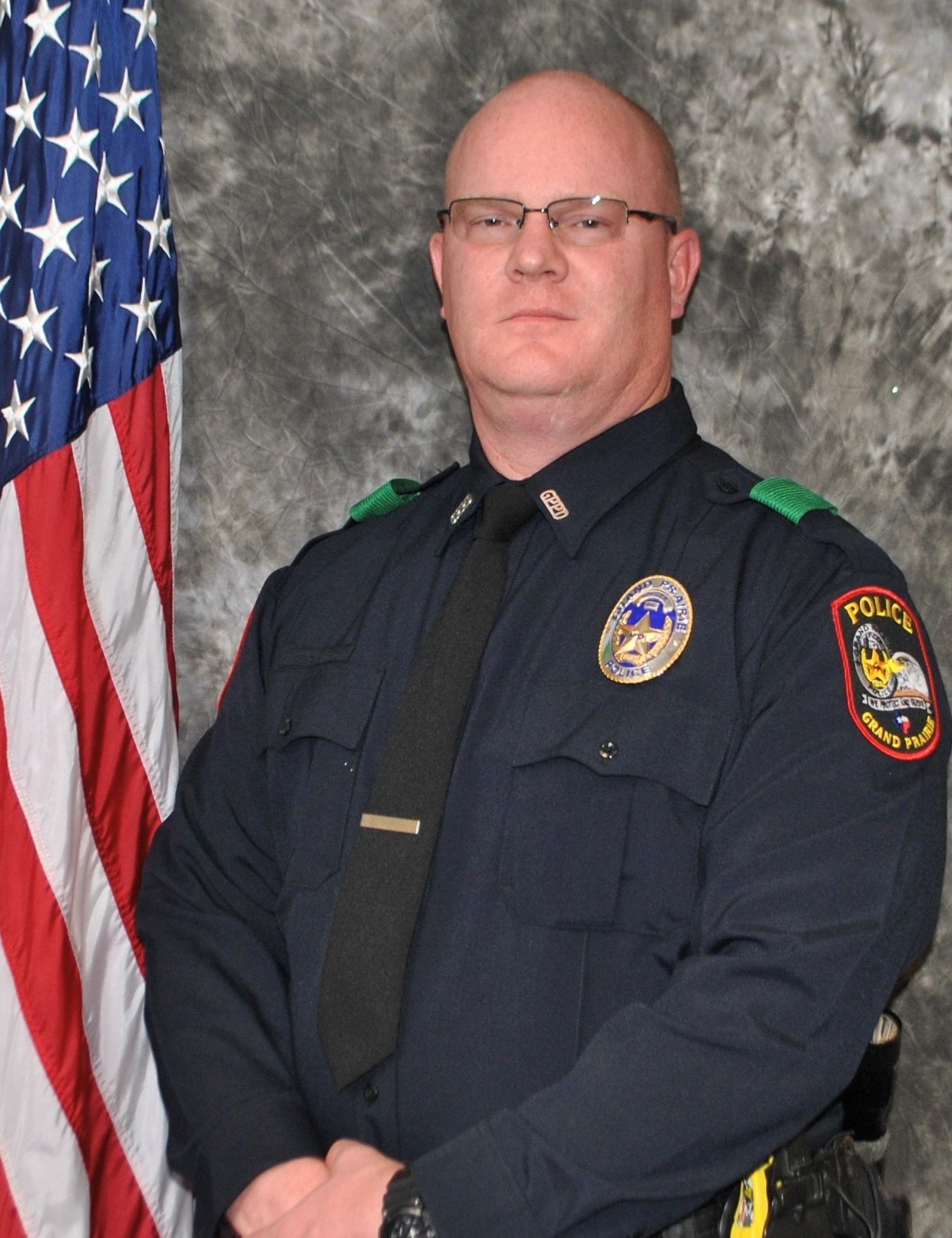 Andrew Robert MacDonald passed away on October 18, 2021 in Mansfield. Funeral Service: Friday, October 22, 10:00 a.m. at Gateway Church, 2404 N. Carrier Parkway, Grand Prairie 75050. Visitation: Thursday, October 21, 6:00 p.m. to 8:00 p.m. at The Ruthe Jackson Center, 3113 S. Carrier Parkway, Grand Prairie 75052. MEMORIALS: The Family requests, in lieu of flowers or trees, please consider making a donation in Andy's name to Prairie Paws Adoption Center, https://www.gptx.org/city-government/city-departments/animal-services Andy was born on December 12, 1974 in Decatur, Georgia to Joseph and Carolyn MacDonald. Andy grew up with his three other brothers Scott, Stephen and Jesse. From the time that he was a 3 year-old boy watching the television show "CHIPs", Andy knew that he wanted to be a police officer. It was never uncommon to see him running around the house or backyard as the cop that would arrest the bad guys. Andy would always let everyone around him know that his older brother Scott was always "CHIPs #1 and he was CHIPs #2"! Growing up, Andy was athletic and loved to play sports, including football, basketball and baseball. In school, he and Scott were both defensive ends and they would "race each other to get to the quarterback". Andy and his brother went on to play in a flag football league in college. He also loved Tae Kwon Do and other various martial arts. He was undefeated in his one-on-one matches and won every tournament he played in throughout high school. Most times, he needed to play up a few levels to find people that would want to spar with him. Whatever Andy did, he gave it 100 percent. Andy had a goal to serve in the military. However, he was denied acceptance due to a metal screw in his thumb that he received from a broken bone while defending an attempt on goal during a soccer game at the age of 15. While this injury was always a big letdown for him, his outlook was "well... at least they didn't score on me". Although he was extremely tough and competitive, he never wanted to hurt anyone. He had a very big heart and cared deeply about others. He loved to serve and help others in any way that he could and always put them first. He had a passion for guiding children in the community and encouraging them to be their best. He was eager to help those in need and his compassion has made and continues to make an impact on many lives. Andy obtained a degree in Criminal Justice with a minor in Psychology from the University of Tennessee. He graduated there with a 4.0 while still holding down a full-time job and newly married. While he had many opportunities to get his continuing education, he wanted to "go where the action was". He faithfully served on the Grand Prairie Police Department for 22 years. During his tenure, he served the department as a sniper, SWAT, and lead self-defense training for the Academy. Andy enjoyed the community service aspect of his career, where he was able to interact with the general public within the community. Demonstrating a strong and determined personality that some would even describe as hard headed, once Andy made a decision, his mind would not be changed. Despite these traits, he was also an extremely positive person and was kind to all whom he encountered. He saw the good in people, even when others may not have seen that quality in them. He would go out of his way to spend time with those who needed someone and didn't know where to turn. Andy always had a smile on his face that would light up the room. He had a great balance to his life; taking care of any priorities, working overtime to provide for his family, but at the same time, he was always there when his family needed him the most. When his mother was terminally ill with ovarian cancer, Andy took time off to be with his mother and was there for the family providing both financially and emotionally. Most weeks during her final months, he would finish his last shift and then fly over a thousand miles to spend a few days with his family. He would repeat this almost weekly until he took the final month off to be with her. He was a rock in the lives of his family and loved ones. Those who knew Andy well would testify to his love for animals and his amazing Donald Duck impersonation. His nieces and nephews all knew him as "Uncle Donald". He loved all music especially '80s Rock. He was a HUGE fan of the Velcro Pygmies, Def Leppard, Metallica, Kiss, Poison, Motley Crue, Scorpions and Ryan Bingham. Don't try to test him on his knowledge of U2, because he knew all of the songs and stories behind them. Whether in the shower or in his cruiser, it wouldn't be uncommon to hear him belting out something with a smile on his face. As an avid sports fan, he loved his Mavericks (especially Dirk Nowitzki). and his Cowboys, However, nothing could compare to the love he had for animals. If you knew Andy, then you knew that his house was a haven for both dogs and cats alike. He had a very special place in his heart for animals that needed somewhere to go and be loved. He always said that if he had the ability to take care of them, he would. Most of all, Andy loved his wife, Nancy. She was his entire world. You couldn't have a conversation with him without hearing her name. He would light up when he would talk about her and his plans for the both of them after "just a few more years of work". Nancy was his rock when he needed one and his best friend. Preceded in death: His mother Carolyn (Lynn) MacDonald. Survivors: His Wife Nancy MacDonald, His father Joseph MacDonald, His Brothers Scott, Stephen and Jesse MacDonald. Wade Family Funeral Home (817) 274-9233