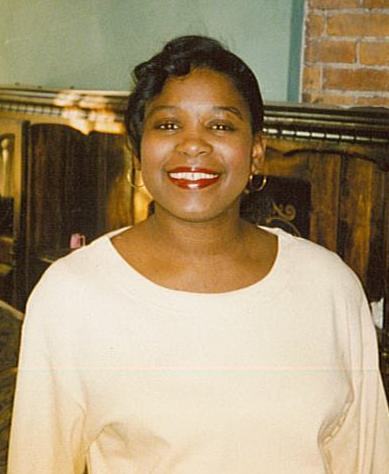 ARLINGTON -- Alta Perez, 52, passed away in Arlington on Tuesday, Dec. 29, 2015, after a sudden illness. Funeral: 2 p.m. Wednesday at Wade Family Funeral Home, 4140 W. Pioneer Pkwy., Arlington. Interment: Emerald Hills Memorial Park, 500 W. Sublett Road, Kennedale. Visitation: 6 to 8 p.m. Tuesday at the funeral home. Memorials: Donations may be made to the Red Cross, an organization that provided comfort and assistance to residents of New Orleans after Hurricane Katrina. Alta, affectionately known as "Shrimp," was a native of New Orleans where she met her future husband, Matthew Perez, while working at the Saenger Theatre. Later, she was employed at the State University of New York at Buffalo, N.Y. She moved to Arlington with her family in 2001, where she was working for Jordan Health Services at the time of her death. Alta was an incredibly fun, beautiful and intelligent woman, and was loved and appreciated by many for her warmth, kindness and generosity. Alta was preceded in death by her father, Cornelius Ferguson Jr. Survivors: She is survived by her loving husband, Matthew; dear daughter, Tiffany Ferguson; son, Dorian Ferguson; mother, Virginia Ferguson; sisters, Beverly Walker (Myron) and Florence Ferguson-Videau; brothers, Terrence Scott (Myria) and Vernon Ferguson; in-laws, Norah and Louis Perez; brothers-in-law, Patrick and Jon Perez (Valerie); and many nieces and nephews, including good buddy, Vernon Ferguson II. Wade Family Funeral Home Arlington, 817-274-9233