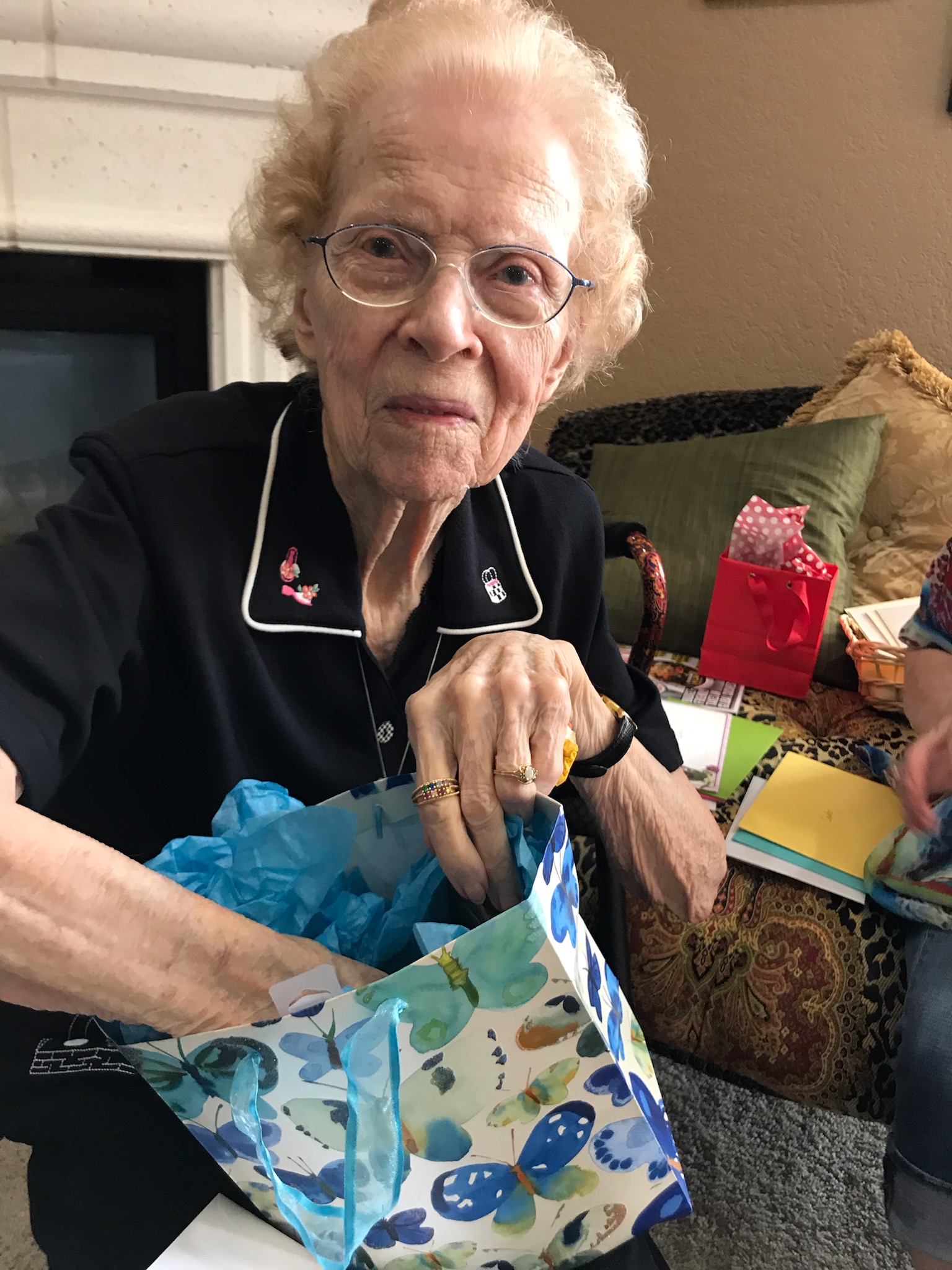 Allie Lois Kreger, 105, of Grand Prairie, Texas, went to be with the Lord on May 15, 2022. She is a family treasure who is immensely loved and will be deeply missed.

Lois was born on Sept. 15, 1916, to Fred Henry Kreger and Retta Lena (Mohundro) Kreger, in Arlington, Texas. She was the fifth of six children and grew up on the family’s farms in Arlington and later Grand Prairie where she helped her parents with working the land and especially enjoyed time with her mother in the kitchen. The Kregers were a close-knit family and Lois cared for her mother and sisters in her home in their later years.

Graduating from Grand Prairie High School in 1933, Lois was the class Salutatorian and center on the Lady Gophers basketball team. After high school, she and one of her sisters began working for Donavan-Galvani, a manufacturer of women’s apparel, in Dallas where their starting pay was just 15 cents an hour. When Lois retired from the company in 1988 at the age of 72, she had risen to the role of Assistant Production Manager.

She was the family historian, handwriting an 80-plus page family history a few years ago that she titled “Tales from the Good Old Days” and gave to family members as a Christmas gift. She was also the family photographer, always eager to get multi-generational images when a baby was born into the family.

Lois was known for her faith, kindness and quiet strength as well as for her sense of humor. She looked forward to family gatherings, especially the annual party to celebrate September birthdays. She enjoyed fishing and cooking. She loved her cats and playing Skip Bo. Among her greatest joys was tending to her backyard garden, especially in the early morning, where she grew beautiful flowers. Many family members have irises transplanted from Lois’ garden.

At 105, Lois was still living independently in her home of more than 80 years until recently and her mind was sharp right up until the time of her death. A recent fall required surgery and hospitalization and when her recovery became difficult she made the decision to discontinue life-extending measures. She passed away peacefully with family by her side.

Hers was a life well-lived, and one of inspiration to all of us. We take comfort in the promise of Heaven knowing we will see her again one day.

Lois was part of a large family whose lives were enriched beyond measure by knowing her. She was preceded in death by her parents, Fred and Retta Kreger; sisters Georgia Velma Kreger Rice, Dora Willie Mae Kreger, Flora Ethel Kreger Yeatts, and a sister who died at birth; and one brother, Jessee Dee Kreger. She is survived by numerous nieces and nephews.