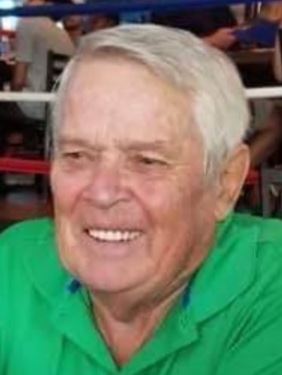 Alan joined the United States Air Force in 1961 at the age of 18. While serving in the Air Force, he met the love of his life, Jan, at a diner in Binger, Oklahoma. They soon were married and enjoyed 53 years together until her passing in 2016. They had three children, six grandchildren, and six great grandchildren. Alan was a family man and loved them all with all he had. He followed in his father’s footsteps as a sheet metal worker and the Air Force Reserves. He retired from the Air Force as a Master Sergeant in 1997.

He then went to work for MW Zander where he enjoyed traveling around the world. In 2007, he was working in Albany, New York when his wife called to tell him they had just purchased a restaurant. Alan would then be “Mr. B” from “Mr. B’s Burger Pub” in Arlington, Texas.

He was an avid golfer and enjoyed working at Lake Arlington Golf Course and Meadowbrook Golf Course. He loved his Saturdays, playing golf with his Elk Brothers whom he dearly loved. He came from a family of golfers and had many stories of golfing with his dad and brothers and sisters. He even got to marshal the PGA Golf Tournament with his brothers a few years ago.

Alan loved his job as an usher at the Texas Rangers Baseball Games and was so excited to work a World Series.

He was a member of the Arlington Elks Lodge for 45 years where he had many friends and served on the board as a trustee. He was even Elk of the month a few times.

Alan was of the Methodist Faith and had given his heart to the Lord therefore one sweet, glorious day we shall be reunited.