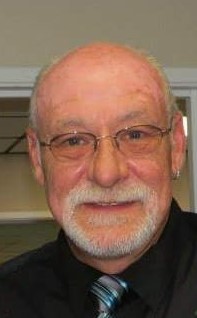 Adam Richard Depweg, age 61 of Whitney passed away Tuesday, March 29, 2022, at his residence. A memorial service will be held at Wade Funeral Home June 4 at 10 a.m.

Adam was born on May 20, 1960, in Hamilton, Ohio to Richard Henry and Lois Ann (Gebhart) Depweg. He was the fourth of six children. His parents moved to Texas in 1969 when Adam was 8 years of age and his father went to work for LTV Aerospace. He graduated from Arlington High School in 1979. Adam started in the restaurant business during high school. He met Jill Sellers at Cecil’s on the Creek Restaurant and later on worked for Bennigan’s Restaurant in Arlington. They were married in January 1981. Adam left the restaurant business to work for McGaw’s Automotive. Recognized as a hard worker, Dick Davis hired him to work for General Electrodynamics Corporation building aircraft weighing scales.

At the age of 33 Adam re-entered the restaurant business. He and his family moved to Cuchara, Colorado where he owned several restaurants and bars. He later sold his businesses, moved back to DFW and went to work for Plane Weighs USA. Adam divorced in January 2013. He met Judy Fenwick in March of 2018 and married on February 21, 2021. Adam traveled the country weighing aircraft for Terry McCants up until his death. He was loved by many and will be greatly missed by all.

Adam was of the Christian Faith, therefore one sweet, glorious day we shall be reunited.